John Barker discusses his upcoming release 'Futures', a novel set in 1987 London. Barker will be reading from the text and discussing the finance industry, Thatchers' Britain, the world of drugs and organised crime and the various links to the City of London. More details can be found on PM Press' website. John Barker was born in London in 1948. In 1972 he was convicted of conspiring to cause explosions in what was called the Angry Brigade trial. He served a ten-year prison sentence and is the […]
Read More »

"DONETSK - SPLINTERING CITY. Founded by the Welsh capitalist John Hughes, the city's frequent changes of name - Hughesovka, Trotskya, Stalino, Donetsk - give some indication of its troubled history. Colin Thomas filmed there when it was still part of the Soviet Union, again when it became part of Ukraine and he returned once more in 2008 when its unease with Ukrainian nationalism was beginning to emerge. His book/DVD on the subject -"Dreaming a City" - is published by Y Lolfa. To include […]
Read More »

Anandi Ramamurthy will discuss the prejudice and political struggles which Asian youth movements have encountered in Britain. Black Star: Britain’s Asian Youth Movement (Pluto Press, 2013) documents the vibrant Asian youth movements in 1970s and 80s Britain who struggled against the racism of the street and the state. Anandi Ramamurthy shows how they drew inspiration from Black Power movements, as well as anti-imperialist and workers' struggles across the globe. Drawing on her intimate knowledge […]
Read More »

It’s 40 years since Wally Hope started the Peoples' Free Festivals at Stonehenge and 30 years since the last one. Wally Dean will tell the tales of The Wallies and the Peace Convoy. He will take us from Wally's utopian vision, his incarceration, and his suspicious demise, to the heyday of the anarchic free festival movement and its oppression at the hands of Thatcher’s Tory Party and the continuing struggle to free Stonehenge today. Wally Hope was the catalyst that spawned Crass and the […]
Read More » 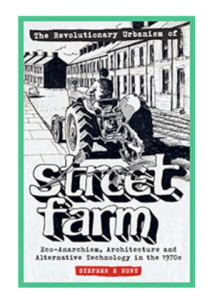 This book and one of its authors briefly hit BBC radio in the summer of 2013 and luckily one afternoon I caught one of the interviews. What stuck in my mind was the almost unbelievable statement made by David Stuckler that ‘ten million Russian men disappeared in the early 1990s’ as a result the transition from so-called ‘Communism’ to ‘Capitalism’. Ten million! Surely this must have made world news? How had I not heard about this biblical scale disaster? It must be left wing lies….mustn’t it? […]
Read More »

Game of Drones: The President and the White House Fly (Handsome Dog Productions, 2013). Investigative poem on topical issue of ‘Unmanned Aerial Vehicles’. Written by Heathcote Williams; Narration and Montage by Alan Cox; produced by Margaret Cox. Screening will be introduced by anti-Drone campaigner John from Bath Activist Network. About Heathcote Williams: "I'd say the overwhelming feature of these poems and perhaps of Williams' whole oeuvre is a sense of the development of an argument, either […]
Read More » 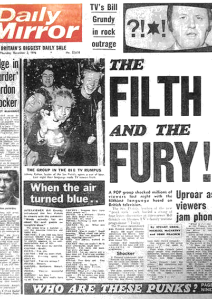 Over the last year or so we have been bombarded with allegations and cases of sexual abuse involving Radio DJ's, TV producers, Comedians, TV personalities and pop stars who were all at their height of fame in the 1970s. Amongst the alleged perpetrators were Dave Lee Travis, Jimmy Savile, Rolf Harris, Stewart Hall, Garry Glitter, Freddie Starr, Jim Davidson, Max Clifford and Jimmy Tarbuck. Nearly 600 victims of sexual abuse have come forward as part of the Operation Yew Tree investigation, which […]
Read More »
This website uses cookies for comments, shopping and to gather stats for our geeky pleasure. Read More Accept Reject
Privacy Policy
Necessary Always Enabled