In April 1986 a group of women in Bristol who considered themselves both feminists and survivors of psychiatric treatment came together to found the Bristol Crisis Service for Women (BCSW). Organised as a collective and with scant funding, the group drew on the feminist practice of consciousness raising to develop its work. It also took inspiration from the contemporaneous Survivor Movement, that rejected the medical model of mental illness, condemned the barbarity of much psychiatric […]
Read More » 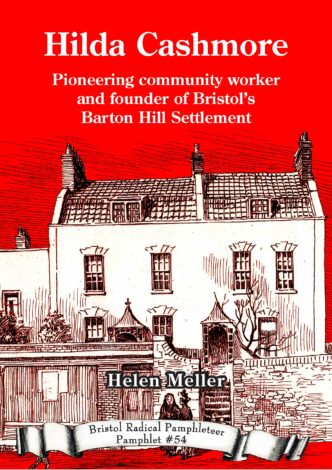 Not A BRHG Event
Bristol Women´s Voice present a week of celebrations for International Women´s Day (IWD) 2021. BRHG have organised a series of webinars as part of the IWD programme: Friday March 12, 5 – 6 pm: Nautical Women: Women sailors and the women of sailortowns - Rosemary Caldicott In her talk Rosemary Caldicott will explore the stories of women whose lives were inextricably linked to the sea. These include women of sailortowns struggling to keep out of the dreaded workhouse and resisting the prowling […]
Read More »

The first in our series of Christmas Webinars.... Acclaimed novelist and short-story writer Angela Carter lived in Clifton during the 1960s, where she wrote her early novels known as the 'Bristol Trilogy'. Steve Hunt will introduce some of the themes of his new Bristol Radical History Group Book: Angela Carter's 'Provincial Bohemia'; the Counterculture in 1960s and 1970s Bristol and Bath with a journey through the places and times that inspired her breakthrough works. You can join this one hour […]
Read More »

Not A BRHG Event
Stephen E. Hunt of Bristol Radical History Group will be presenting an online tour, based on the Bristol Radical History Group publication Angela Carter's Provincial Bohemia': The Counterculture in 1960s and 1970s Bristol and Bath. This event is part of Being Human 2020, the national festival of the humanities. Angela Carter was one of the late 20th century’s most acclaimed novelists and came of age as a writer in 1960s Clifton, where she experienced life in post-war Bristol, looking at a […]
Read More »

Not A BRHG Event
Clevedon Library, 37, Old Church Rd, Clevedon BS21 6NN Author Rosemary Caldicott focuses on the draconian workhouse system that housed the vulnerable poor, and in particular women and children. Rosemary will be examining the history of the workhouse by offering an illustrated talk based on evidence extracted from reports published at the time about the violent death of Hannah Wiltshire who resided in Weston in Gordano. The involvement of Sir Arthur Elton of Clevedon Hall is pivotal to this true […]
Read More »
This website uses cookies for comments, shopping and to gather stats for our geeky pleasure. Read More Accept Reject
Privacy Policy