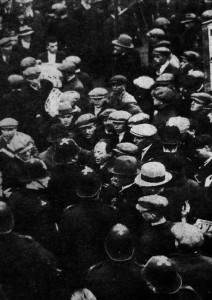 On Tuesday 23rd February an estimated 3,000 to 15,000 protesters from the National Unemployed Workers' Movement (NUWM) march to protest about a cut in unemployment benefits. The police had banned the march but the NUWM were not deterred. The peaceful procession followed a winding route but ended up on Old Market Street where they were faced by a double row of police with batons drawn and backed up by mounted officers at the junction with Castle Street. The marchers were unaware that the Chief […]
Read More »
Read More »
Read More »