Not In An Event Series
Were you ever involved in Bristol's squatters' movement? Join us on Sunday 6th March 2-4pm at BASE (14 Robertson Road, Easton) for tea, cake and a chat around a map to capture memories of squatting in Bristol. So much of what we love about Bristol was made possible by squatting. Bristol Squatted is a new project aiming to give squatting the space it deserves in the city's history and ask what the role is for squatting in Bristol today. For more information see here and bristolsquatted.org
Read More » 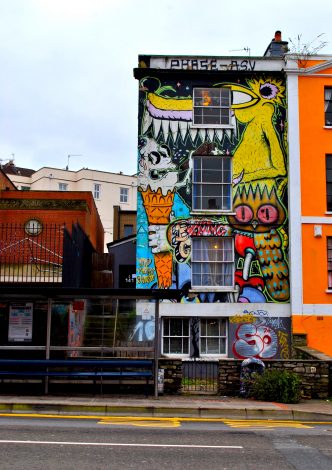 So much of what we love about Bristol was made possible by squatting. Bristolians have taken over buildings and public spaces for housing, protest, art, gigs, raves, libraries, food and laughter from Leigh Woods to Easton. We’ve squatted in the aftermath of the Second World War, during the Miners’ Strike and in response to 21st Century austerity. But the memory of squatted spaces is all too easily lost to eviction and criminalisation. This project seeks to map when, where and why we and […]
Read More »

During the summer of 1946, thousands of British families took the law into their own hands to temporarily solve their housing problems by "requisitioning" empty military camps. This mass-squatting movement was rapid, spontaneous and entirely working-class in character. While it was often driven at ground level by women, the movement soon developed a formal leadership structure dominated by ex-servicemen who had served as NCOs and warrant officers. Bristol, with particularly acute housing […]
Read More »
Read More »

Anarchy In A Cold War is set in divided Berlin in 1981. But Berlin is far more divided than just the Cold War divisions of East and West. The book centres on the squatter culture against the state, and the “Bullen” (police) who harass, beat and arrest the squatters. The narrative also highlights the rich culture of the street, and the different groups, political and racial, that inhabit the thoroughfares of Berlin. There are a lot of parties, and support networks. However, the main characters in […]
Read More »
This website uses cookies for comments, shopping and to gather stats for our geeky pleasure. Read More Accept Reject
Privacy Policy