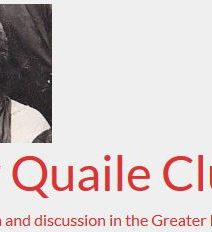 International History From Below network
The international History From Below network is a diverse community of historytellers, historical agitators, artists, independent archivists, history groups, political archaeologists etc. It was founded 2012 in Barcelona to reflect a growing worldwide movement of historical activism and public interest in radical history, and to build an alternative, non-academic resource for the production and transmission of oppositional forms of history. As radical history becomes increasingly popular, more […]
Read More »

Remembering The Real WW1
2014 is the 100th anniversary of the start of the First World War. In line with Bristol’s long radical traditions we want to ensure that there are events locally remembering the reality of this war. The British government plans to spend £55 million on it’s own commemoration plans. Comments from David Cameron calling for a ‘truly national commemoration’ stressing our ‘national spirit’ suggest what he has in mind. He has even compared the government’s plans with last year’s Diamond Jubilee […]
Read More »

Society for the Study of Labour History
"Founded in 1960, the Society for the Study of Labour History (SSLH) is the UK’s principal organisation dedicated to the study of labour history. Membership is open to everyone who would like to learn more about labour history and heritage whether on a professional or amateur basis. The SSLH publishes the journal the Labour History Review, organises regular conferences and actively promotes the preservation of historical resources connected to the labour movement."
Read More »

Scottish Labour History Society
"Welcome to the website of the Scottish Labour History Society. We are an independent organisation unaffiliated with any political party, but have enjoyed strong practical, moral and financial support from the broader trade union, labour and co-operative movement for over half a century. We aim to strengthen these links, and we welcome new members and affiliates who can help us to: Promote labour and working class history; form and run regional labour history groups and workshops; expand our […]
Read More »

North West Labour History Society
The North West Labour History Society was formed in 1973 to promote and popularise the knowledge and study of all aspects of labour history in the north west of England. Members and contributors to our journal include Trade Unionists, academics, students – ordinary people with a passion for our history. Our aims include the following: bringing together those interested in the history of the working class and its organisations, unions, co-operative societies or political bodies publishing an […]
Read More »

North-East Labour History Society
"Founded in 1967, the North East Labour History Society is Britain's oldest regional labour history society. It is dedicated to the study of working people's history in the region, particularly during the modern period. We have a committee drawn up from labour historians and activists in the region. We encourage an atmosphere of debate and discussion on both historical and contemporary issues."
Read More »
This website uses cookies for comments, shopping and to gather stats for our geeky pleasure. Read More Accept Reject
Privacy Policy