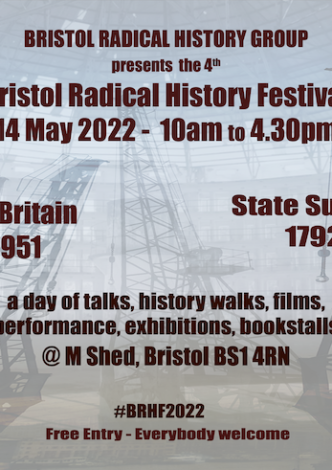 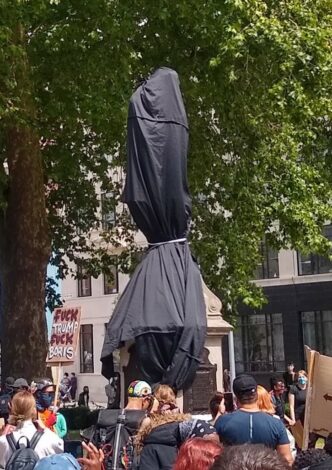 Not A BRHG Event
This free event at 12.00 - 4.00pm at the The Exchange, 72-73 Old Market Street (BS2 0EJ) is a gathering of radical publishers, zine makers, activists, artists and local campaign groups organised by the now Bristol based Active Distribution. BRHG will have a bookstall at the event with all our publications and more. More details here.
Read More »

An excellent new book Communities of Resistance has just been published which takes a systematic look at the networks of war resisters connected to conscientious objectors in World War One. Based upon a nationwide survey of COs it appears Bristol was a hot spot of war resistance as the author, Cyril Pearce, explains: The work which has resulted in this new book, Communities of Resistance, began almost twenty years ago in a study of the 1914-1918 anti-war movement in Cyril Pearce's home town of […]
Read More »

‘Alas when our relatives and neighbours came to welcome us, whole we were embracing them and in the midst of our kisses, we, who carried the arrows of death were constrained to give them the poison, so that when they returned home, soon whole families were infected and in less than three days succumbed to the attacks’. Although there appears to be very few primary sources recounting the consequences and changes inflicted upon the population of Bristol during the era of the Black Death a few rare […]
Read More »

This Saturday there’ll be post-election fun and games with a serious edge at this event – a fundraiser for Bristol Antifascists and the launch of a new BRHG pamphlet plus a seasonal knees-up – all in one night. It’s on Saturday 14th December, from 7.30pm, £3 suggested donation on the door, at The Plough, 223 Easton Road, Bristol, BS5 0EG – see Bristol Antifascists website and the FB event. The Bristol Radical History Group are asking their followers/supporters to come along at 7.30pm for the […]
Read More »

Not A BRHG Event
Glenside Museum, The Chapel, Glenside Campus, Blackberry Hill, Stapleton, Bristol BS16 1DD Bristol Radical History group author, researcher and co-founder Roger Ball talks us through the REAL ‘Black Friday’ i.e. not the end of November shopping spree but the strikes and protests of autumn 1892 in Bristol, starting with the ‘Sweet Girls’ dispute at the Redcliff Confectionery works. Come and listen to a tale of ‘thousands of working class Bristolians’ marching to the Horsefair with lanterns & […]
Read More »
This website uses cookies for comments, shopping and to gather stats for our geeky pleasure. Read More Accept Reject
Privacy Policy