Not A BRHG Event
In the summer of 1797, Citizen John left the shadow of government spies in London to visit Samuel Coleridge in Nether Stowey and then stay in the Stroud area. We recreate Citizen John's adventures with a performative walk around Stroud. Meet at the Lockkeeper's Cafe at Walbridge, Stroud, GL5 3JS at 1.00pm (2 min walk from Stroud Train Station). A leisurely walk along the Stroudwater Canal and then a climb to Rodborough Common. We then descend to The Prince Albert for a pint or two. Probably […]
Read More »

Not A BRHG Event
A Night of Solidarity with Myanmar takes place at The Cube on 2nd March from 7.30pm - get tickets here. Early arrivals will enjoy some 'Myanmar snacks' cooked up by members of the Myanmar community in Bristol. Hosted by the local #WithMyanmar support group on FB, it's aim is to spread awareness, information & understanding of the current situation in Myanmar (aka Burma), and generate support for it's people resisting the Military Coup there on 1st February 2021. That Military Coup followed […]
Read More » 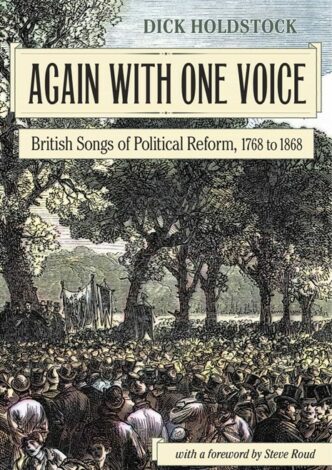 Not A BRHG Event
Court drama, pioneering photography and toppling statues...Newport Chartist Convention 2021 The annual Newport Chartist Convention will take place at St Woolos Cathedral 105 Stow Hill, Newport NP20 4ED, UK. There is a full programme of lectures, with guest speakers including Professor Joan Allen on Legality and Injustice in the Age of the Chartists, with reference to Regina v Frost in 1840; Roger Ball and Mark Steeds will discuss the Rise and Fall of Edward Colston; and Dave Steele will look at […]
Read More »

How did Bristolians respond to the democratic ideas unleashed by the French Revolution? This talk rejects the conventional view that the city’s labouring classes were uninterested in progressive politics and argues on the contrary that the relatively low profile of radical organisations reflects not indifference but the determination of the local authorities to keep them under surveillance and obstruct them. From the founding of the Constitutional Society in 1792 to the mass outdoor meetings […]
Read More »

The trial and execution of Charles I in 1649 has in the past been portrayed as the outcome of a crazed 'bloodlust' for revenge by supporters of parliament. This simplistic and dubious narrative obscures more than it reveals, and what is hidden by it is quite remarkable. Norah Carlin's new book Regicide or Revolution? What Petitioners Wanted, September 1648 - February 1649 is a collection and examination of the petitions from numerous units of the New Model Army and commoners around England in […]
Read More »

Worral's book concentrates on the period of the French revolution and the Napoleonic wars. The narrative is based mainly in London, and looks at those who wanted to replicate the French Revolution in Britain. The main thread looks at those who believed in the work of Thomas Spence, who has largely been ignored in the mainstream history books. Spence was an ultra-radical, who saw the main problems with British society in land ownership. He wanted common land ownership, on a corporate basis, but […]
Read More »
This website uses cookies for comments, shopping and to gather stats for our geeky pleasure. Read More Accept Reject
Privacy Policy