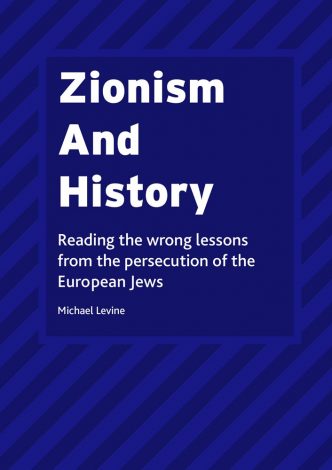 How can we explain the persecution of Jews throughout European history, culminating in the horror of the Nazi holocaust? The founders of the Zionist movement argued that the cause of the persecutions was an inherent and incurable anti-Jewish prejudice on the part of the people amongst whom Jews lived. The only remedy was the creation of a Jewish State. Mike Levine questions this thesis. He argues that antisemitic prejudice, although long-standing and widespread, doesn’t fully explain when and […]
Read More »

Not A BRHG Event
This talk given by Professor Lois Bibbings will consider conventional ideas about objectors alongside an exploration of who these men (and women) were, what they did and why, what happened to them and how they were viewed. A complex picture emerges which takes us a long way from stereotypical images of objectors as, for example, despised, rejected, unmanly, lacking courage and/or devotedly religious. This event is organised by the Bristol Skeptics Society and takes place at the Smoke and Mirrors […]
Read More »

Not A BRHG Event
Part of Bristol Women’s Voice, International Women’s Day Celebrations in Room 1P04, at City Hall, College Green, Bristol BS1 5TR. Note: A creche with two hour slots is available at the venue. Some writers have claimed that human religion began everywhere with worship of a 'Great Mother Goddess' responsible for fertility of earth and humans. Archaeologists have also looked to find a 'leader' or 'chieftain' in prehistoric communities. But are assumptions about hierarchy in early religion and […]
Read More »
Read More » 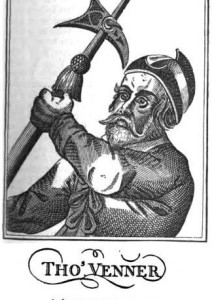 Thomas Venner and the Fifth Monarchists Insurrection (6th January 1661) Some members of BRHG, 'The James Nayler Brigade' travelled to London on Sunday to support our comrade 5th Monarchists and Muggletonians. Armed with hatchets and a pike (which we had buried some years ago in readiness for the reimposition of the satanic monarchy) we helped storm the Guild Hall and St. Paul's in celebration of the 5th Monarchist rising against the return of the King on 6th january 1661. One of the leaders of […]
Read More »

This novel is set in Oxford during the restoration in the 1660s, a time of complex intellectual, scientific, religious and political ferment and uses a mix of both real and fictitious historical figures. The murder of Dr Robert Grove, a fellow of New College, and the events surrounding it are narrated from four significantly different points of view. Marco da Cola, a Venetian Catholic doctor newly arrived in Britain; Jack Prescott, son of a Royalist traitor and desperate to clear his father’s […]
Read More »

Havoc in its Third Year is Bennett’s third novel. It is set the 1630s in the period leading up to the English civil wara town in northern England which had recently removed a corrupt and tyrannical local aristocrat, only then to be ruled by a new repressive puritanical regime. Bennett is a writer of deep political conviction and this novel deals with universal themes, in particular the corrupting forces of power, fear of the outsider and the destitute and the nature of moral and political […]
Read More »
This website uses cookies for comments, shopping and to gather stats for our geeky pleasure. Read More Accept Reject
Privacy Policy