Not A BRHG Event
'It is up to women to start a crusade for peace!' Bradford Women’s Humanity League, 1916-18 (Eve Haskins) Existing research on female war resistance in Britain focuses mainly upon the educated middle-class women who had the time and resources to oppose the war, however the peace seeking efforts of working-class women has been little acknowledged, especially in individual regions. Recent research on the nationwide anti-war organisation the Women’s Peace Crusade has begun to address this research […]
Read More »

Not A BRHG Event
Patriotic Peace Service: German Women against the War (Ingrid Sharp) Even before the war broke out in August 1914, the leading German women’s organisation was ready with a plan for a National Women’s Service offering patriotic support for the war. They organised women to replace the working men who had volunteered or been conscripted into the army, dispensed food and home management advice to struggling families, and packed comfort parcels to send to the front. But there were other German women […]
Read More »

Not A BRHG Event
Alison Ronan presents two films she has worked on and will be at the screenings to speak about them and answer questions. These Dangerous Women Documentary about the women who tried to stop World War 1. In 1915 1300 women from warring and neutral nations got together in the Hague to find a way towards peace. (24 minutes) Women's Peace Crusade The Women's Peace Crusade swept like wildfire across Britain from 1916 -1918. This film tells the story of the North West women who took part in […]
Read More »

June Hannam’s pamphlet examines the life and work of Mabel Tothill (1869 – 1964), Quaker peace campaigner, socialist and Bristol’s first woman councillor. It reveals how this committed social activist was part of a complex network of individuals and organisations working to improve the lives of Bristol women and men. As a campaigner for women’s suffrage and a stalwart of the Independent Labour Party, Mabel saw the causes of women and labour as intertwined. Her interest in education and desire to […]
Read More »

In Nautical Women, Rosemary Caldicott explores the stories of women whose lives were inextricably linked to the sea. She tells of the women of sailortowns struggling to keep out of the dreaded workhouse and resisting the prowling press gangs; and of the courageous and skilful cross-dressing women sailors who went to extraordinary lengths to hide their gender. We learn about these women’s motivation as well as their adventures and inevitable exposure. Rosemary Caldicott also considers the fate of […]
Read More » 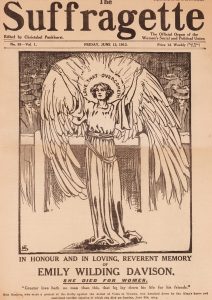 What is the connection between the Bristol Sharples family of artists, the American Revolution of the 1780s and the Royal West of England Academy of Art? Join Lee Cox and Hazel Gower, director and writer of a TV film about Ellen and Rolinda Sharples, in exploring the places where they lived and worked at the beginning of the 19th century. Rolinda became the only female member of the Bristol School of Narrative Artists, whilst the Sharples family little known legacy led to the establishment of […]
Read More »
This website uses cookies for comments, shopping and to gather stats for our geeky pleasure. Read More Accept Reject
Privacy Policy
Necessary Always Enabled