Ian Bone relates his experiences of contemporary interventions into the electoral process including The Alarm the Swansea based forerunner of The Bristolian, the legendary anarchist tabloid Class War and the Vote Nobody campaign of 2001. Millsy will briefly analyse democracy is this country for the working classes, and describe what it means for us now. How democratic are society, our political parties, and our organisations? These two renowned local troublemakers will also provide their own […]
Read More »

Bristol Indymedia & Bristol Radical History are pleased to welcome Steve Tilzey, one of the authors of No Retreat - a powerful account of their fight-back against far-right Nazis and racists on the streets of the UK from the 70s though to the 90s. With the BNP gaining two seats in the European elections, the authors deliver constant and powerful message that fascism thrives when the working-class is ignored and betrayed - and we ignore it’s rise at our peril. Colin Thomas will also be […]
Read More »

As a follow up to the history of the 1984-85 Miners’ Strike we consider the legacy of this momentous event and the environmental and social contradictions it has thrown up since. A panel of experts will talk about little known past struggles which transcended the current narrative of 'jobs versus environment' and debate contemporary struggles over energy and labour. As the eco-systemic crisis increases what is the future of coal? If there needs to be a move to a low carbon economy how do we work […]
Read More »

The year-long Miners’ Strike of the 1980s was a defining moment in 20th Century British history, the impact of which is still being felt economically, politically and culturally. Twenty-five years on we bring together a panel of participants, representing the strikers, the miners’ support groups and the media to discuss the anatomy of the strike, its reporting and the history that was left untold at the time. Download and print a flyer (275 KB jpeg file) Watch this talk: The video should be here
Read More »

This April is the 20th anniversary of the Hillsborough football disaster which killed 96 Liverpool fans and injured hundreds more. Twenty years on, few people know what actually happened and the (now admitted) lies told by the Police to the press at the time remain as many people's memory of events. The coroner and the inquiry narrowly restricted their investigations. Numerous judges have thwarted attempts by the survivors, families and campaign groups to have the events investigated. […]
Read More »

The backdrop of this book is the social and economic transformation of society in Britain over the last 30 years overseen by the political management of Thatcher and Blair; characterised by the erosion of the British organised industrial working class, through the destruction of British industry. However the book is not concerned with looking at that class war (when competing fractions of the bourgeoisie fought a war to the death while uniting to attack the combativity of the proletariat across […]
Read More » 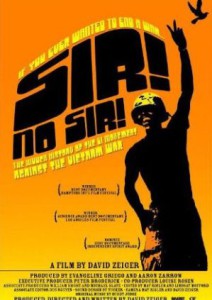 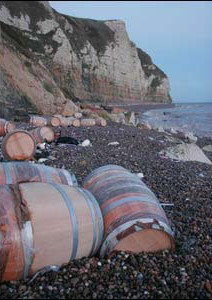