Dave and Stuart Wise were the unrepentant core of 1960’s revolutionary group King Mob, part of the English section of the Situationist International (an ephemeral affiliation; the notoriously fractious SI expelled them). This will be a rare opportunity to hear them in conversation with members of the Bristol Radical History Group (and whoever wants to chip in!). In a kind of open mic radical history session, we seek to revisit the (anti-)work of his majesty King Mob where it belongs; unmediated, unrecuperated and outside of the art galleries and academia. While many sixties radicals have long since found cosy niches in consumer society, Dave and Stuart continue to theorise the meaning of class struggle and social revolution through the website Revolt Against Plenty, providing a radical critique to ‘attack the very base of this outrageous society’.

You can find out more about King Mob in an article on The Tate’s website (make sure you read the last paragraph). 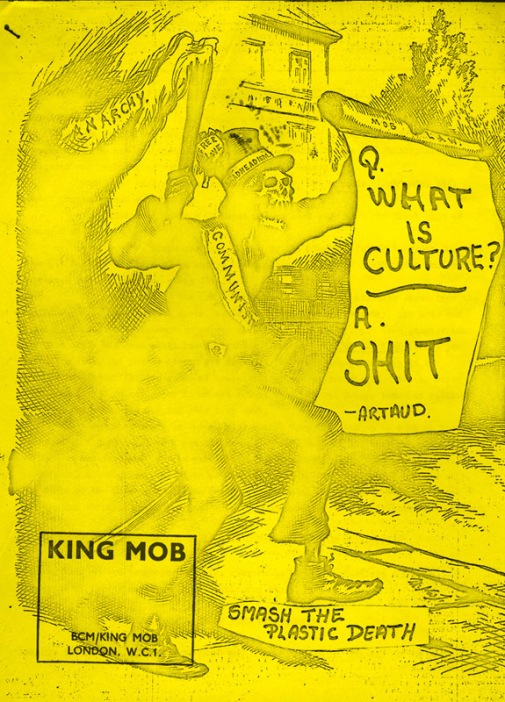