The last twenty years or so have seen a wave of publications recounting and examining the history of the New Left and radical Black, Latino and Native American organisations of the 1960s and 70s in the United States. Many of these books have been concerned with the spectacular exploits of these formations, particularly the armed struggle fractions which appeared in the 1970s such as the Weather Underground, Black Liberation Army and the paramilitary sections of the American Indian Movement (AIM). In tandem with these works there has been significant interest in the Counter-Intelligence Program (COINTELPRO) run by the FBI in the 1960s-70s which is often cited for the decline and sometimes violent collapse of some of these organisations. The consequence of this focus on spectacular actions, political prisoners and state repression has been to the detriment of analyses of day-to-day ‘community organising’ which most of these movements undertook, to varying degree, in one form or another.

Download this article here: From the Young Patriots to the Rainbow Coalition 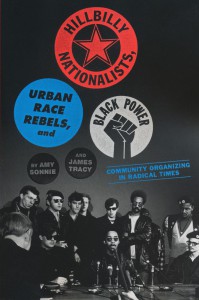