Not In An Event Series
From the late 1960s through the 1970s the counterculture helped to make the West Country fizz with creative ideas and events. One of the most successful ventures, locally and nationally, was the Bath Arts Workshop. As a spin-off from London’s influential Arts Lab, BAT was a loose collective of artists and community activists. To describe it as a community arts group, however, would be to under-explain its work. It was that and much more as it proliferated into festival organisation, media […]
Read More »

Black Power in Britain started in 1967, reached its apogee in 1971 and was in terminal decline by the mid-1970s. It was an expression of frustration, anger and – most importantly – resistance to the individual, institutional and state racism experienced by the postwar generation of black immigrants to Britain. The British state took the threat of Black Power very seriously, both at home and across the Commonwealth. When an international conference on Black Power took place in British […]
Read More »

This Saturday there’ll be post-election fun and games with a serious edge at this event – a fundraiser for Bristol Antifascists and the launch of a new BRHG pamphlet plus a seasonal knees-up – all in one night. It’s on Saturday 14th December, from 7.30pm, £3 suggested donation on the door, at The Plough, 223 Easton Road, Bristol, BS5 0EG – see Bristol Antifascists website and the FB event. The Bristol Radical History Group are asking their followers/supporters to come along at 7.30pm for the […]
Read More »

Between 1972 and 1978 more than 120 innocent civilians in Northern Ireland were murdered. Documentary director Sean Murray set out to investigate and found disturbing evidence of collusion between the Royal Ulster Constabulary, the Ulster Defence Regiment and loyalist death squads. Sean Murray will present the documentary. “…outstanding documentary film-making combining in-depth research and personal testimony to expose the undeniable truth of state collusion and its fatal consequences.” Phil […]
Read More »

As the ultra-right tries to spread its message of hate, Colin Thomas reminds us that we have been here before. This is how the Anti-Nazi League and Rock Against Racism resisted the National Front in Bristol in the 1970s and 80s – and won.
Read More »

Peter Harper coined the term ‘Alternative Technology’ in 1972 and became Head of Innovation at the Centre for Alternative Technology (CAT). During the mid-1970s, he co-edited Radical Technology, a compendium of ideas for sustainable living. Many of these ideas were showcased at local Comtek (Community Technology) events in Bath, a pioneering national celebration of innovation rolled into lively 1970's pop festivals. "Technology and innovation bring many benefits. They also bring harms, risks and […]
Read More »

In 1973 Kath Holden helped found a small commune based on a 135-acre dairy farm in West Wales. She went on to become a smallholder in the same area and disputed her entitlement to common grazing with local farmers, recalling earlier struggles for common-land rights. Later in the decade she volunteered on a farm in the USA, which offered sanctuary for people with mental health difficulties recovering from being in hospital. Inspired by these experiences, she went on to work on one of the earliest […]
Read More »

Graham Caine (1945-2018)
Sad news that Graham Caine of Street Farm and the Bristol Gnomes died on 19th September. As well as being the Street Farmer who designed and lived in the first ecological house, Graham was responsible for distinctive Bristolian 'Gnomework' such as St Werburghs City Farm Café and the 'Gnome House’ in Boiling Wells. Graham was a great representative of the 1968 generation and spoke passionately of how the events in Paris 1968 inspired him in England. Meeting fellow Street Farmers Peter Crump and […]
Read More » 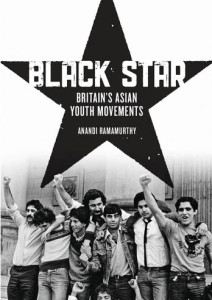 In April we hosted Black Star: Britain’s Asian Youth Movement, a talk by Anandi Ramamurthy on the her book of the same name. Recently a film has been release on the same subject: A documentary film made by local young people looking at the history of their community from the 1960s to the 1980s with particular interest in the murder of Gurdeep Chaggar in 1976, the 1979 anti-fascist demonstrations and the death of Blair Peach and the 1981 burning down of the Hambrough Tavern. The film uses the […]
Read More »
This website uses cookies for comments, shopping and to gather stats for our geeky pleasure. Read More Accept Reject
Privacy Policy