On Level 2 of M Shed, we will be screening three films relating to the events of 1919:

One of four films in Colin Prescod’s ‘Struggles for Black Community’ series, Tiger Bay is my Home shows that in 19th century Cardiff as in other ports Black communities began with Black colonial seamen. The Tiger Bay community faced official, as well as everyday physical harassment, which culminated in race riots in 1919 and a scheme for repatriation. But the community stood its ground, and so the people of Butetown lived through the Depression of the 1930s, and many of them served and died in world War Two. [description from Institute of Race Relations] 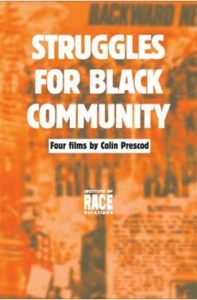 This documentary tells the story of the women who met to protest the terms of the Versailles Peace Treaty in 1919. Drawing from the international campaign to get the vote, they wanted to prevent all future wars. They became the Women’s International League of Peace and Freedom (WILPF) which is still working today.

Versailles 1919: Return of the Dangerous Women is a short documentary (20 minutes) directed by Charlotte Bill and made by Clapham Film Unit, a collective of filmmakers working with communities to tell stories not told elsewhere and funded by the European Commission. It was researched by and features volunteers from the Women’s International League for Peace and Freedom (WILPF). [description from LSE Library] 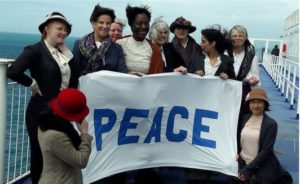 Clarion House was part of a network of Clarion Houses and Clarion Cycle groups which sprang up all over pre-War Britain providing a much needed Sunday respite from the smog of the mills.

Made possible by money raised by National Lottery players, the project focused on the Last Clarion House which is still running after over 100 years providing a place for working people to meet out in the countryside.

From June, volunteers were trained in oral history recording and recorded the memories of the people who visit the Clarion House and people who remember visiting long ago. The recordings were used to make a documentary telling the story and will be deposited with Lancashire Archives. [description from Clapham Film Unit] 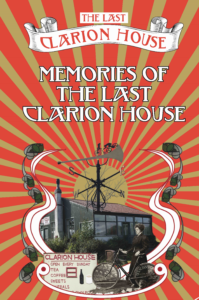