The ‘Make Rojava Green Again’ campaign of the Internationalist Commune of Rojava began in early 2018. I am pleased and impressed that they have now published this inspirational book. That such a text is being produced is in itself an expression of hope. It is a most promising development in some of the least promising circumstances. The Internationalist Commune of Rojava rightly states that ‘the ecological crisis has become the most urgent challenge of our time because it touches and impacts all areas of society’. Capitalism’s inevitable collision with the physical environment is where its impact is most dangerous to human society and the rest of the living world, but also where it is most contradictory and self-destructive. Influenced by the philosophy of social ecology, the Internationalist Commune of Rojava seeks to identify and address the intimate connection between social relations under advanced neoliberalism and unsustainable modes of production.

2018 has been another extraordinary year in Rojava (the Democratic Federation of North Syria). Following the liberation of Raqqa in late 2017, the predominantly Kurdish Syrian Democratic Forces (SDF) and allied militias vanquished Islamic State strongholds from all centres of population in Syria. With the immediate threat from Islamic State removed, Western governments cynically ended their strategic cooperation with the SDF, enabling the Turkish State (NATO member and armed by British and American companies) to ally with Islamist militias in its attack upon Rojava’s city and canton of Afrin. Thousands have been displaced and killed since the invasion and occupation. In March, Anna Campbell tragically became the eighth British volunteer to die fighting with Kurdish militias in the current conflict. Kurdish critics have alleged that some of the earliest acts of Turkish state aggression were targeted environmental destruction, such as the disruption of water resources and damage to the olive groves for which the canton was renowned, and in part relied. Ecological issues are therefore at the heart of the present conflict and have far-reaching consequences for the region’s future.

Following the 2012 Revolution in Rojava there have been efforts to implement the Kurdish freedom movement’s principles of democratic confederalism, based on participatory democracy, gender and ethnic equality and ecological sustainability. The latter principle has attracted the least attention and achieved least progress to date. Into this situation have stepped the Internationalist Commune of Rojava. Influenced by the late Murray Bookchin’s ideas, the group is promoting the philosophy of social ecology, both for understanding the environmental crisis and as a pathway by which the ‘critical human-nature relationship can be reimagined and transformed’. Abdullah Öcalan, the figurehead for the Kurdish freedom movement, (long imprisoned in circumstances comparable to that endured by Nelson Mandela), has strongly advocated Bookchin’s ideas. In recent years members of the Mesopotamian Ecology Movement and many others across the Kurdish freedom movement have therefore read Bookchin’s books and sought to apply them to their situation. Murray Bookchin’s daughter Debbie Bookchin has taken up the cause and written the forward for Make Rojava Green Again. Although not discussed in the present book, it is important to acknowledge that within Kurdistan the influence of Alevism, with its reverence for the natural world, has also been a significant part of the philosophical heritage that has shaped the Kurdish freedom movement’s green perspectives.

The Make Rojava Green Again campaign is a hands-on response to the considerable challenges facing the cantons of Rojava. As well as awareness raising and fund-raising, there are immediate priorities for practical action. The Internationalist Academy is currently being constructed along ecological principles in the canton of Cizîrê. The aim of the Academy is to provide a focus to organise and implement ecological projects, to promote education and to coordinate international solidarity for the benefit of the region. Projects include the tree cooperative’s ambitious reforestation programme and support for the Hayaka Nature Reserve. At the same time, the Internationalist Commune is aware of the problems that confront them. In addition to ongoing conflict and the threat from the Assad regime, both Turkey and the Kurdish Regional Government have embargoes in place against the social revolution in northern Syria. Also, Rojava will still be in part dependent upon oil, which it has little capacity to process cleanly, for the foreseeable future.

Nevertheless, Make Rojava Green Again offers a positive vision of the ongoing social revolution taking place in the area. At a moment when the launch of Extinction Rebellion suggests that a resurgent ecology movement is appearing at home, these under-reported initiatives are a great inspiration. Given the immense scale of the ecological challenges facing us, it is often difficult to know where to concentrate efforts. So here are two suggestions. First, your own community, and second, global solidarity initiatives such as this one! This book will help to raise the profile of some hopeful green shoots of change. To give the final word to the Internationalist Commune for Rojava: ‘Rojava needs us, but even more we need Rojava’.

You can read the Make Rojava Green Again now, because it is freely available to read as an e-book here:

Better still, the beautifully illustrated book is also available for purchase as a print copy from the same online address, with proceeds to the Internationalist Commune (£6 + £1.50 p&p for readers in the UK). 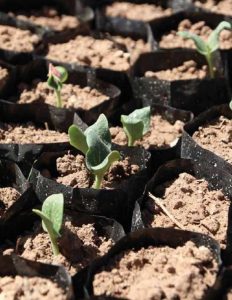