A Life of Pleasure After a tip off last year by a member of BRHG I took a trip to Bristol Archives to take a look at some diaries written by Harry Bow in the 1890s. Bow, a Bristolian, was an enthusiastic 'army spotter', that is, he loved to record and illustrate public displays of the British military in the late Victorian period. Amongst the notes and beautiful line drawings recording parades, army camps and the use of cavalry against Bristolian trade unionists and their supporters on 'Black […]
Read More »

Few historians mention that both the first and last campaigns of World War One took place, not in Europe but in Africa. In 1914, all of sub-Saharan Africa, except Ethiopia and Liberia, was in the hands of European powers. Colonial subjects contributed people, money and resources to their imperial rulers to wage war not only in Africa but also in Europe. In both its costs and its consequences, WW1 had a major social, economic and political impact on Africa. Besides the huge human cost, the social […]
Read More »

Eds. G Dawson, Jo Dover and Stephen Hopkins. MUP Nov 2016. This ground-breaking book provides the first comprehensive investigation of the history and memory of the Northern Ireland Troubles in Britain. It examines the impacts of the conflict upon individual lives, political and social relationships, communities and culture in Britain, and explores how the people of Britain (including its Irish communities) have responded to, and engaged with the conflict, in the context of contested political […]
Read More »

Documentary, talk and discussion David Olusoga's recent documentary The World's War challenged perceptions of WW1 with the stories of the millions of Indian, African and Asian troops who fought and died alongside white European troops on the western front and elsewhere. Using letters and diaries writer-director Dominic Rai brings to life the experiences of Indian soldiers in Flanders, popularised in the acclaimed novel Across the Black Waters by Mulk Raj Anand. Watch this talk:
Read More » 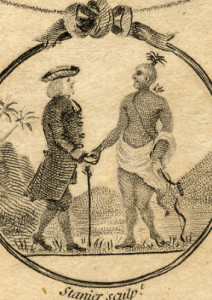 May 8, 2014 6:00 pm-May 8, 2014 7:30 pm William Penn, the founder of Pennsylvania who lived in Bristol, is often viewed as a pacifist and promoter of religious freedom. Here historian Jim McNeil explores the darker side of the Penn family, including their involvement in the transatlantic slave trade and European expansionism in America. £7 (£5 Museum members) All participants must register to take part in courses, workshops, and lectures. To register call 01225 820866 or email […]
Read More »

Set in 1919-21, years of conflict when the struggle for Irish independence raged, Troubles is the first in J.G. Farrell’s 1970’s trilogy of historical novels dealing with the decline of empire. Troubles follows the fortunes of Major Brendan Archer who, traumaticised and lacking purpose after serving in the First World War, crosses the Irish Sea to the fictional town of Kilnalough to meet with his fiancé, Angela Spencer, to whom he’d almost unwittingly become engaged following a brief, scarcely […]
Read More »
This website uses cookies for comments, shopping and to gather stats for our geeky pleasure. Read More Accept Reject
Privacy Policy