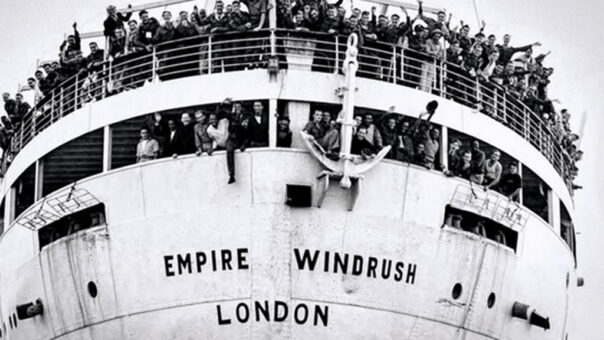 The arrival of the Empire Windrush, which docked in Tilbury in June 1948, bringing 492 migrants from Jamaica, Trinidad and Tobago and other islands was part of the large scale migration of British Commonwealth citizens from  the Caribbean that lasted until the 1962 Commonwealth Immigration Act instituted racist controls on their entry to the UK. The Empire Windrush and the ‘Windrush generation’, as they have been labelled, particularly since the scandal exposed in 2018, are now becoming part of mainstream British history; talking up universal loyalty to Britain and the Empire, whilst playing down the background of independence, anti-racist and class struggles occurring at the time, in the Caribbean and beyond. In this talk Colin Prescod, debunks this skewed ‘Windrusherie’ through a case study of his mother, Pearl.

Looking back over Pearl Prescod’s life – from colonial origins in Trinidad and Tobago, through personal and political struggles to survive against the odds in Britain in the late 1950s, to brief breakout professional success in the early 1960s – Colin Prescod situates her in the wider community of performing artists and intellectuals who came from the West Indies/Caribbean to reside and work in Britain in the two decades immediately after the second great inter-imperialist war of the 20th century, 1939 to 1945. In doing so he reassesses the cultural ‘rebel intervention’ of what is now casually referred to as the Windrush Generation.