First known as ‘Luther Blisset’, Bologna’s fiction-writing collective return with a stylish atmospheric and provocotive saga set in British America in the years prior to the white settler uprising of 1776. There’s the rub: turning received ideas on their head, as ever, Wu Ming evoke the coming rebellion through the eyes of the Mohawk nation loyal to George III, the ‘Great English Father’. At the core of this sweeping, narrative, bursting with colour and character, stands the real-life war chief, Joseph Brant, stalwart but doomed in his defence of a threatened culture and society. Quite how the Italian mavericks conjure fiction of this strength and nuance from a collective remains a puzzle. But long may their drums beat. 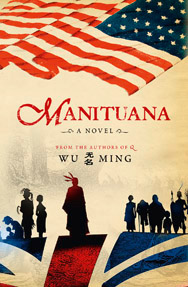