There is a large collection on slavery related pictures on salveryimages.org.

Thanks to Bristol Central Reference Library.

The Capture of Slaves in Africa

The entry for Tuesday 22nd (above left) describes an uprising by the slaves –This 24 hours light winds and hazey weather at 1/2 past 3 am found the slaves was intending to rise got all under arms and soon got them quited tho a great numb~ of them had broken there irons came on board Capt. Johnstons people to our assistance at 6 am got some of them up and got them secured found out 20 of which was the ring leasders which was well flogged washed slaves –From Bristol Central Reference Library. refandinfo@bristol.gov.uk

The Selling of Slaves

*The history of the Maroons primarily is the saga of Africans who refused to live in slavery, and it begins on the island of Jamaica with the fleeing of the Spanish in 1655. The name Maroon is the British corruption of the Spanish cimarrones, meaning wild or untamed. Living in inaccessible regions of Jamaica, the numbers of the Maroons grew as more and more runaway slaves, this time from the new British plantations, flocked to their cause, and with their continual raiding of the British plantations, they rapidly became a thorn in the side of the British colonists. Unique among all Africans that were brought to the New World as slaves, the Maroons earned for themselves an autonomy that no other African slaves could. (Wikipedia) In 1795-6 the Maroons of Jamaica revolted against the colonial government. The revolt failed. At the request of Jamaica about six hundred Maroons were then transported to Nova Scotia and given assistance in settling here. In 1800 virtually all of them emigrated to Sierra Leone. (www.gov.ns.ca/nsarm/virtual/africanns/ch3.asp?Language=English)
**In 1839, Africans being carried aboard La Amistad from Havana, Cuba, to Puerto Principe, Cuba, were led by fellow captive Joseph Cinqué in a revolt against their captors. Their transport from Africa to the Americas was illegal, and they were fraudulently described as having been born in Cuba. After the revolt, the Africans demanded to be returned home, but the ship’s navigator deceived them about their course, and sailed them north along the North American coast to Long Island, New York. The schooner was subsequently taken into custody by the United States Navy; and the Africans, who were deemed salvage from the vessel, were taken to Connecticut to be sold as slaves. There ensued a widely publicized court case about the ship and the legal status of the African captives. This incident figured prominently in abolitionism in the United States. On March 9 1840, Associate Justice Joseph Story delivered the Court’s decision. Article IX of Pinckney’s Treaty was ruled off topic since the Africans in question were never legal property. They were not criminals, as the U.S. Attorney’s Office argued, but, rather, “unlawfully kidnapped, and forcibly and wrongfully carried on board a certain vessel”. The surviving 36 Africans travelled back to Africa early in 1842. (wikipedia) 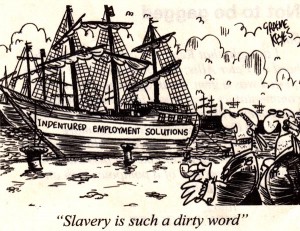