Tracing a thousand-year history, Mark Steeds and Roger Ball examine the involvement in slavery of Bristol’s merchants, from Anglo-Saxon times through the era of exploration and colonisation, to the transatlantic slave trade and the plantation system of the Americas. During this period, Bristol’s merchant elite seized economic and political power, making slave-trader Edward Colston an icon and shaping the city’s present-day historical memory of slavery.

Throughout the millennium, determined opposition to slavery ranged from revolts and revolutions by the enslaved to struggles for abolition in Britain. Bristol’s first abolitionist, Saint Wulfstan in the eleventh century, was followed by networks of religious and political activists who led popular and successful campaigns.

From Wulfstan to Colston concludes by considering today’s legacy of slavery and abolition as fierce debate and protest continues over who should and should not be celebrated in Bristol’s memorial landscape.

A fascinating and comprehensive overview of Bristol’s long and complex relationship with the slave trade. Packed with interesting nuggets, solid research and fresh insight the book beautifully balances academic rigour with pure readability.

This is a remarkable book which makes a really important contribution to our understanding of Bristol’s past. Impressively researched, it brings together materials for an accessible and refreshing new take on the city’s history. Readers will find it contains a  treasure trove of interesting material showing the roles of religion, class and gender in shaping people’s life chances and documenting how activists through the ages questioned the status quo. Although I had my differences in some of the interpretations, From Wulfstan to Colston highlights in a plain speaking way important historical debates concerning slavery and abolition in the British Empire.

For all its academic respectability, it’s very readable too. This is not some woke, by-the-numbers condemnation of Bristol’s slaving past in general and Edward Colston in particular, but a detailed and nuanced account of a thousand years of oppression and exploitation – and of resistance to it. Even if you consider yourself knowledgeable about the city’s history, you’re going to come across a lot of surprises, and perhaps also episodes which hadn’t occurred to you.

Written chronologically, this is another fascinating, meticulously researched publication from the ever thought provoking Bristol Radical History Group.

*** If you want books posting to locations outside the UK please email first so we can check postal rates. ***

B5 From Wulfstan to Colston 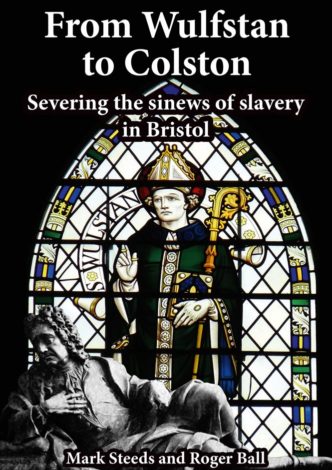 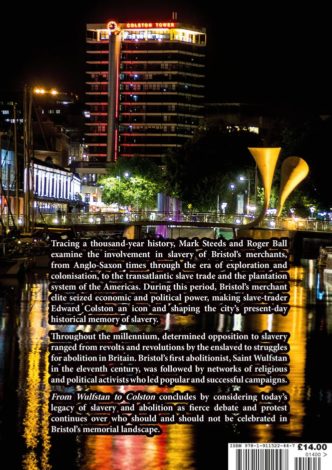