Before the end of the Second World War and the creation of the Welfare state and the National Health Service if you were poor and you got ill or you couldn’t find work there was only one choice for you or your family – the workhouse.

The Poor law system that administered the work houses was deliberately designed to make the choice of the work house the absolute last resort. And fear of it was used to force our ancestors to take the lowest paid worst jobs or choose prison, starvation or even suicide rather than face the appalling conditions of slavery and abuse inside them.

As well as this fear the Poor law system used shame as well:

If you died in the workhouse you were denied a decent burial. You were tossed in the ground without a grave stone or marker of any kind.  For your relatives there was nowhere to grieve for you, for your ancestors nowhere to find you – you simply disappeared. This was the Poor law.

Greenbank cemetery in East Bristol is the final resting place of thousands of Bristolians – the bodies of German Luftwaffe aircrews who were shot down while bombing the city are even buried there. But the residents of the Eastville workhouse who lived and died nearby at 100 Fishponds road never made it into the cemetery. Three thousand five hundred of them, including over seven hundred children under the age of ten, are buried in unmarked graves in Rosemary Green next to the cemetery. This land is consecrated. Babies who died in the workhouse without being baptised were not considered to have souls and couldn’t be buried in this consecrated ground. Over 100 of them are referred to in burial records as being buried ‘under a wall’ on the site in un-consecrated ground. To this day no one knows where these babies were buried.

Sadly this was not an isolated atrocity and this occurred all over the country. But elsewhere in London and the West Midlands local residents and descendants of the victims have campaigned to have the graves marked and recognised. The Rose Green memorial campaign plans to do just that here in East Bristol.

No one left behind, no one forgotten…

It took the sacrifice of millions to defeat the Nazis and create a Welfare State and National Health Service in Britain in 1945. The horror of Rosemary Green shows us what our world looked like before that. As well as defending what we achieved in 1945 we believe that no one at Rosemary Green should be forgotten or left behind by history.

We have the names of all those buried on the site and we want to campaign for a proper memorial that names them all. 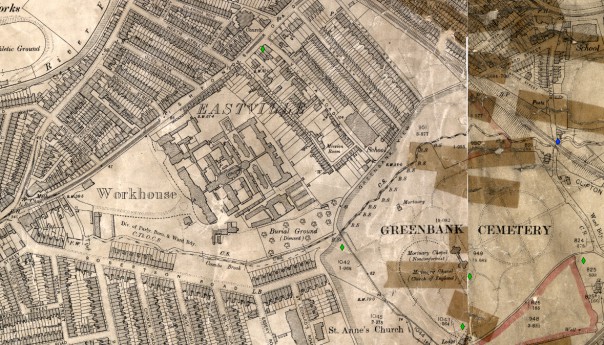