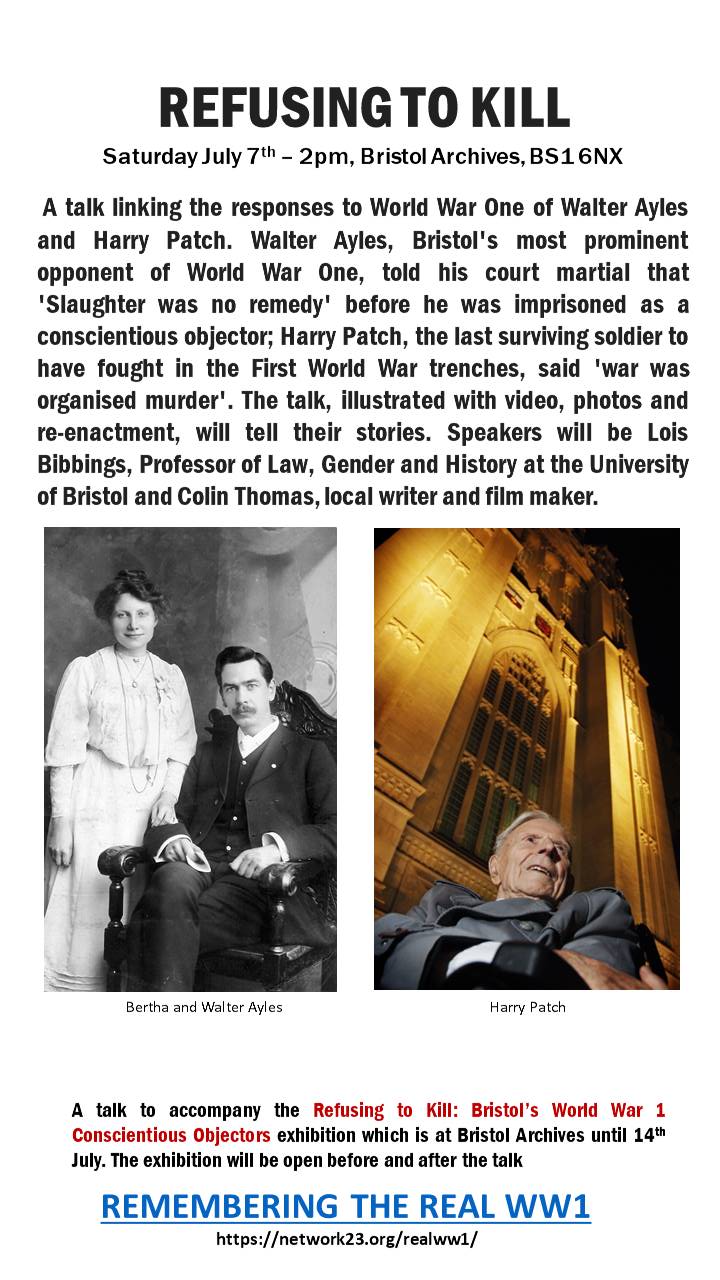 The ‘Refusing To Kill – Bristol’s World War 1 Conscientious Objectors‘ exhibition has been at Bristol Archives since June 5th. Just as when it was shown elsewhere in the city, it has attracted lots of interest. It runs until July 14th. While including much of the material displayed previously there is plenty that is new – both from local archives and CO relatives. See Bristol Archives website here for opening hours and how to get there.

Alongside the exhibition there are a number of events including a talk linking the responses to World War One of Walter Ayles and Harry Patch. Walter Ayles, Bristol’s most prominent opponent of World War One, told his court martial that “Slaughter was no remedy” before he was imprisoned as a conscientious objector; Harry Patch, the last surviving soldier to have fought in the First World War trenches, said “war was organised murder”.

The talk, illustrated with video, photos and re-enactment, will tell their stories. Speakers will be Lois Bibbings, Professor of Law, Gender and History at the University of Bristol, and Colin Thomas, local writer and film maker.

There will be a chance to see the exhibition both before (come early!) and after the talk.