Anarchy In A Cold War is set in divided Berlin in 1981. But Berlin is far more divided than just the Cold War divisions of East and West. The book centres on the squatter culture against the state, and the “Bullen” (police) who harass, beat and arrest the squatters. The narrative also highlights the rich culture of the street, and the different groups, political and racial, that inhabit the thoroughfares of Berlin. There are a lot of parties, and support networks. However, the main characters in […]
Read More » 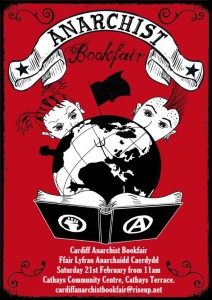 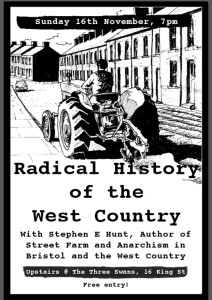 Translated by Paul Sharkey Morpheus: ‘I didn’t say it would be easy, Neo, I just said it would be the truth’ I remember seeing Frederica Montseny speak in Barcelona in 1986 for the 50th anniversary of the Spanish Revolution. I was on holiday with Ian Bone and our girlfriends and as we looked up at Montseny I remember Ian slagging her off and being a bit embarrassed that this ‘brave’ woman who must have been through so much was not getting the respect she deserved. Of course at the time I was a […]
Read More »

Spirit of Revolt
The Archive collects, manages and preserves multi-media records from Glasgow’s and Clydeside’s anarchist and libertarian-socialist past and present. The website allows you to access the complete catalogue of our Archive. You can access all material at Glasgow’s Mitchell Library. Furthermore, an increasing number of documents are [...]
Read More »

Epiphany : directed by Suzy Gillett : produced by Ian Bone : 2013 Epiphany is a hybrid documentary evoking the Mystics and Anarchists of the English Revolution. Highlighting two little-known religious and political movements of the 1600s' Republic, The Fifth Monarchists and the Muggletons come to life in London as told by contemporary leading anarchists: Ian Bone and Martin Wright star as John Thurloe (Cromwell's spymaster) and Thomas Vennner. Venner led the only uprising through the city […]
Read More » 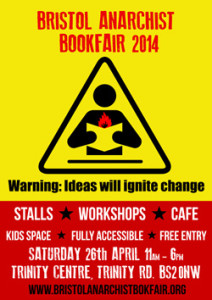 Saturday 26th April, Bristol Anarchist Bookfair @ Trinity Centre Bristol Anarchist Bookfair Collective invites all Bristolians and others living in the South West to the 2013 Bookfair. Find out everything you ever wanted to know about anarchism but didn’t know where or who to ask. The Bookfair sees most of the diverse strands of Bristol’s growing anarchist and radical movements gather together, along with many of the UK’s major anarchist publishers and distributors. Alongside an enormous range […]
Read More »

Uomini contro (Many Wars Ago) Directed by Francesco Rosi, 100 mins, Italy 1970, Italy 1917 -- society is violently split down the middle over the question of whether to continue intervention in the war. Anarchists and socialists are intent on causing so much trouble that continued intervention is impossible. Railway lines are ripped up, battle lines are drawn. On the Isonzo front a General smells socialism behind the troops reaction to his orders and a disastrous Italian attack upon the Austrian […]
Read More »

On Wednesday the 16th October, Bristol will be hosting Jonina Abron-Ervin and Lorenzo Ervin as they give talks on their involvement in the US Black Power Movement and struggles that continue to this day. Jonina is the author of Driven by the Movement: Activists of the Black Power Era and will speak about her interviews with some 20 Black Power Activists as well as her own activity in the Black Panthers, where she became editor of the Black Panther Newspaper. She will detail the experiences of […]
Read More »

On 16 November 1913, the Bristol Trades Council held a public meeting at the Empire Music Hall in support of the workers locked out by their employers in Dublin. Some 2,000 people turned up to hear William Partridge of the Dublin Trades Council condemn the attempt to destroy the militant Irish Transport and General Workers Union and starve 25,000 workers, men and women into surrender. The Dublin employers had the full backing of the Liberal government with Bristol MP, Augustine Birrell, Chief […]
Read More »
This website uses cookies for comments, shopping and to gather stats for our geeky pleasure. Read More Accept Reject
Privacy Policy