Not A BRHG Event
United Reform Church Hall, Boulevard, Waterloo St, Weston-super-Mare BS23 1LF The ‘Swing riots’ were a massive wave of protests, machine breaking, arson and extortion carried out by impoverished farm labourers and village artisans between the summers of 1830-31. Beginning in Kent the movement spread rapidly to engulf numerous counties in southern England. The uprising became known as the 'Swing riots' as the collective destruction was usually preceded by threatening letters to landowners signed […]
Read More » 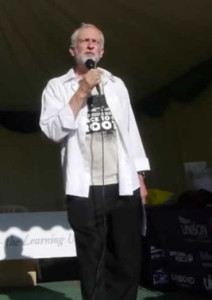 In 1834, six Dorset farm labourers were condemned to transportation to Australia for forming an early trade union. These 'Tolpuddle Martyrs' have become an iconic part of modern British history. But three years before the events in Tolpuddle, rural England was rocked with a massive upr1sing of farm labourers known as the 'Swing Riots'. Dr. Ball analyses why 'Tolpuddle' has lodged in popular memory and the far more significant events of 'Swing' have been distorted and forgotten. W.l. Hall, North […]
Read More »

The Hernhill Rising of 1838 was the last battle fought on English soil, the last revolt against the New Poor Law, and England’s last millenarian rising. The bloody ‘Battle of Bosenden Wood’, fought in a corner of rural Kent, was the culmination of a revolt led by the self-styled ‘Sir William Courtenay’. It was also, despite the greater fame of the 1830 Swing Riots, the last rising of the agricultural labourers. Barry Reay provides us with the first comprehensive and scholarly analysis of the […]
Read More »

Swing Walk By John Owen Smith
The Anniversary Rioters' Walk­ Exactly 180 years after the rioters did it a guided walk from Selborne to Headley and back again ­ distance approximately 7 miles out and 7 miles back. Tuesday 23rd November 2010 starting at 10am We plan to walk from Selborne to Headley, from the car park behind the Selborne Arms and finishing at the Holly Bush in Headley. Distance approx 7 miles, some of them muddy. Should arrive in time for a pub lunch. Please contact me <; for further information. In 1830, a […]
Read More »

Wiltshire History Day
Organised by White Horse Trades Union Council on 6th November 2010 at St. Margaret's Hall Bradford-on-Avon from 10am. Talk subjects include Chartists and Swing rebellions in Wiltshire as well as strikes in Swindon. You can find more details about this event on Socialist Unity where you can read blogger Andy Newman's assertion that BRHG take "a fundamentally anti-working class and anti-trade union approach" (comment 27). He goes on to say: "there is a smart alec, middle class, know-all-ism about […]
Read More »
This website uses cookies for comments, shopping and to gather stats for our geeky pleasure. Read More Accept Reject
Privacy Policy