Filming people in distress for his documentary ‘Earth Will Fall’, shot in a favela in Brazil, raised difficult ethical issues for documentary maker Sam Liebmann. He will discuss, with video clips, the problems of representing people fairly and with dignity while filming in areas of high social conflict. Book tickets here.
Read More »

Downs row – Merchants hit back over criticism
In a report in the Bristol Post of Wednesday 26 January 2022, the Society of Merchant Venturers [SMVs] hit back at critics who want them to give up their half of the Downs and their role in managing the public common. The article, Downs row – Merchants hit back over criticism, was based upon the outcome of a meeting of the Downs Committee that was held on Monday 24th Jan, where campaigners in the ‘Downs for People’ [DfP] pressure group, backed by a Green councillor, demanded that the ancient […]
Read More »

Not A BRHG Event
Cholera reached Bristol on the 11 July 1832. The London Quarterly Review described the new disease sweeping the world in November 1831: ‘It has mastered every variety of climate, surmounted every natural barrier, conquered every people.’ This disease had been prevalent in the Indian sub-continent for centuries, thriving in crowded and impoverished conditions. The disease caused severe diarrhoea, dehydration, collapse and often death. However, on 12 July 1832, the newspapers reported that they […]
Read More » 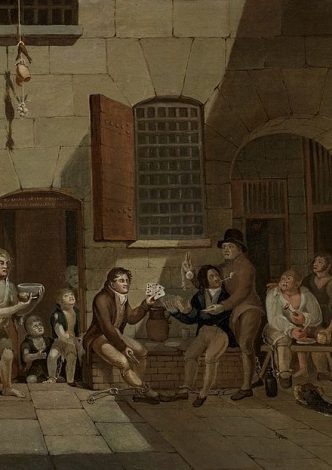 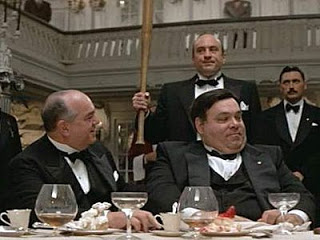 On 4th August Bristol Radical History Group sent a letter supported by the Remembering the Real World War One history group and Countering-Colston to the Mayor’s office concerning the Bristol History Commission (HC) which was set up by the elected Mayor Marvin Rees in response to the statue of Edward Colston being pulled down on 7th June. In the interests of transparency in the public domain and in the light of other recently failed projects the letter asked the Mayor for systematic answers to […]
Read More »

Not A BRHG Event
By invitation of Pill Library and Children's Centre Crockerne House, Underbanks, Pill, BS20 0AT Wednesday, 19 February 2020 @ 2pm Author Rosemary Caldicott will be telling us about her book in which she investigated the intriguing histories of nautical women. These include stories of cross-dressing women who went to sea to earn a living and the mad, tragic and often funny consequences they encountered and endured. Living in or near Bristol, we’re all quite familiar with images of sailing ships – […]
Read More »

Contributors: Steve Poole – Hanged at the scene of their crime. Rosie MacGregor – Angela Tuckett. Nigel Costley – West Country Rebels. Melissa Barnett – Dame Florence May Hancock. Jeremy Corbyn MP – From Wiltshire to Westminster. A dramatic cover featuring Combe Gibbet set against a thunderous, threatening Wiltshire sky greets the reader of this short book. The work certainly does not fail to deliver on one aspect of Wiltshire’s past dark and cruel criminal justice system. On the other hand the […]
Read More »

Videos from Bristol Radical History Festival 2018
These videos are from Bristol Radical History Festival 2018, held at M Shed on Sunday 6th May, 2018. Strikes, equal pay and workers’ control: the workplace in ’68 Women, politics and protest Feminist perspectives on ‘68 What I remember... memories of 1968 The Bristol Sit in Student protest and occupation in 1968 Pressure Drop What did the protests of ’68 achieve From Festival to Carnival 50 Years of St Paul’s
Read More »

It is with great sadness that we report the death of Jayne Dentith on 5th July. Jayne was one of the Red Hot Frilly Kickers Can Can troupe who literally kicked off the first ever Bristol Radical History Group event in October 2006. The Frilly Kickers played the role of the ranting women who with radical Quaker preacher James Nayler blasphemously recreated Christ's entrance into Jerusalem on Palm Sunday in Bristol in 1656. Jane is shown below protecting James Nayler (Ben) from arrest by […]
Read More »
This website uses cookies for comments, shopping and to gather stats for our geeky pleasure. Read More Accept Reject
Privacy Policy