The Haymarket, Chicago and Mayday

On the evening of Tuesday May 4th 1886 near the Haymarket, Chicago, armed police attempted to violently disperse a few hundred members of a peaceful demonstration called to protest about the police killing of striking workers. As the police moved against the crowd a bomb was thrown by an unknown person wounding several of their number. In the ensuing chaos the police opened fire slaughtering demonstrators and police alike. In the days following the incident hundreds of workers were rounded up by the authorities and eighteen months later four labour organisers were executed, another committed suicide and several others were given life imprisonment. The trial was seen worldwide as a travesty of justice and an attack on those fighting for the eight-hour working day. Subsequently, May 1st became Workers Day, Labour Day, Mayday; commemorating the Haymarket Martyrs. This talk will look at the pre-history of the events, what happened in Chicago on that fateful day and who the Haymarket Martyrs were.

I love Lucy Parsons: ‘more dangerous than a thousand rioters’

Lucy Parsons was a radical anarchist, unionist and militant member of the working class, who was central to the struggle for the eight-hour day and the Haymarket incident in Chicago in 1886. Her husband, Albert, was one of the labour organisers executed and although she escaped the gallows, Lucy was a major target of police who described her as ‘more dangerous than a thousand rioters’. Lucy of Native American, African American and Mexican ancestry was born into slavery in Texas in the 1850s. A grassroots labour organiser Lucy remained committed to working class struggles against capitalism throughout her life. This talk will give you correct some historical inaccuracies and explain why she is considered one of the most important American revolutionaries of her time.

From the moment the Haymarket massacre occurred on May 4th 1886 in Chicago a struggle ensued between the police, authorities and media and the labour movement and left on the narrative of the event and how it should be represented in public memorials. This talk considers the colourful history of the various statues that mark the Haymarket incident and remember its victims. In particular we will look how these monuments and public spaces have been contested in Chicago through protest and direct action for more than a century. 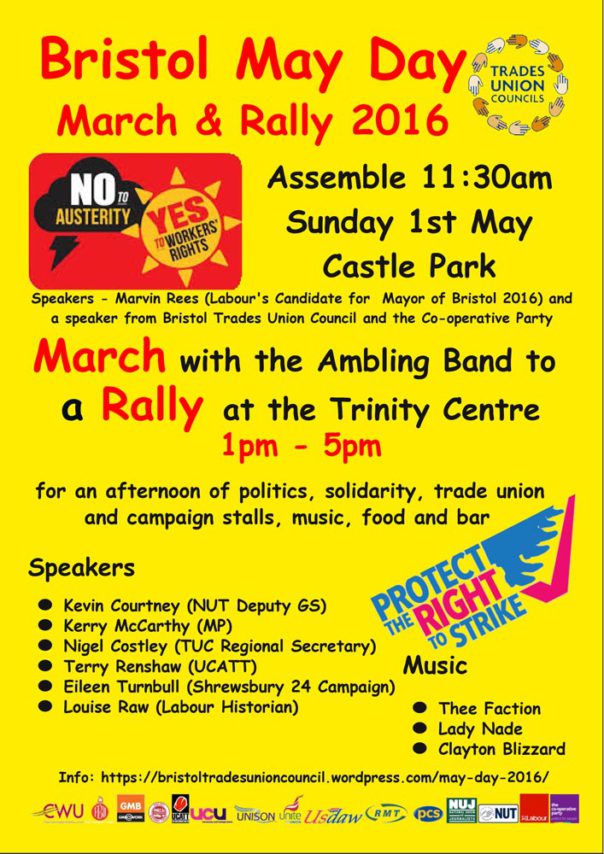