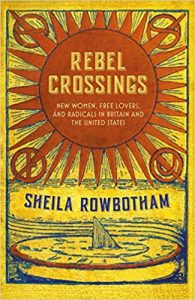 This talk examines the lives of three British migrants who became Individualist anarchists and part of the network around the journal Liberty. The Bristolian activist and poet, Miriam Daniell was a defiant free spirit who clashed fiercely with the basket maker and writer, William Bailie. Bailie later lived in a free union with her close friend from Bristol, Helena Born and wrote the first biography of America’s original anarchist, Josiah Warren. Bailie and Born’s friend, Archibald Simpson, a printer, lived with American birth control advocate Flora Tilton until her death. Returning to Britain, Simpson became a Trotskyist, living in Bristol during World War 2.