Autumn 1892 in Bristol saw a violent class war between employers, strike-breaking labour and police on one side and strikers and their mass of working-class supporters on the other; picketing, mass marches and public meetings of thousands of ‘new’ industrial unionists were common.

The strike-wave culminated in the use of military and police by the local state to break up a pre-Christmas parade which had been organised to collect money for strikers and their families. This event, which popularly became known as Black Friday, is an iconic moment in Bristol’s history exposing the relations of force between ‘owners’ and ‘workers’. 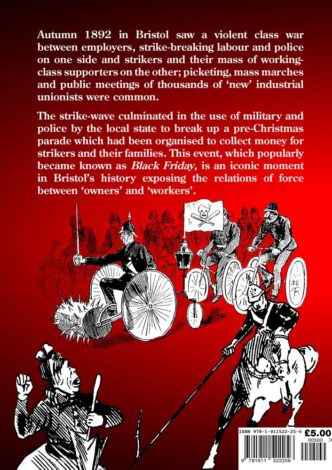