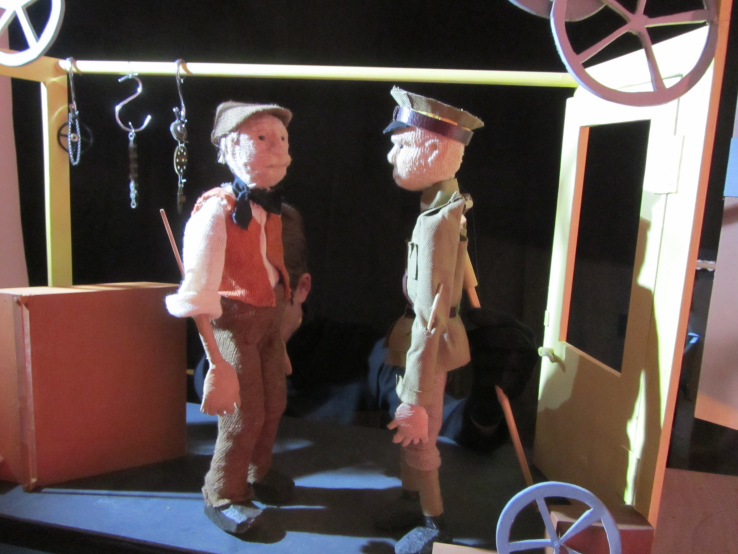 Taking a Holiday is a tale of conscientious objectors and others who went on the run from conscription during the First World War –  and of the networks that supported them.

A story of struggle in wartime  – full of intrigue, escapes, comradeship…and bikes.  What does it mean to be a refugee and on the run in your own country? Who will give you a bed for the night, a job… or a means of escape? A table top and shadow puppet show based on the true stories of ordinary people in 1916/17 and the hidden history of the resistance to the war machine in Bristol and elsewhere.