The years leading up to 1914 saw a wave of strike action across Britain; at the same time there were fears of war with Germany whipped up by the press and in popular culture. Some like Bristol’s Trade Union Leader Ernest Bevin argued that workers’ interests were the same worldwide and that war would be disastrous. Nevertheless, when war broke out, patriotism won out over international brotherhood. Thousands of workers were persuaded to sign up to Kitchener’s army, including hundreds who worked in Bristol’s factories.

Initial enthusiasm, however, began to wane as recruits faced the harsh reality of warfare. Soldiers began to desert as early as September 1914. One was Alfred Jefferies, from St Philips in Bristol, who was executed by firing squad in 1916. He fought alongside his brother Arthur, who was killed in action that year in the Somme valley.

This booklet tells their story, and examines some questions about the use of the death penalty in war.

The revised edition (2018) contains some extra pictures and mentions events that have remembered the Jefferies Brothers since the 1st edition was published. 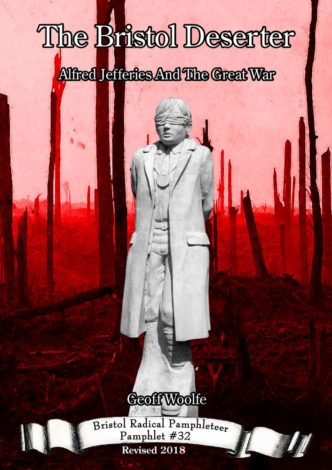 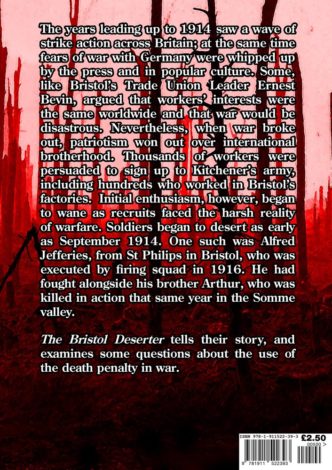