British Military historians and assorted flag-wavers celebrate the enthusiastic rush to the colours; the ensuing blood sacrifice of British Tommies, White Dominion troops and (belatedly) colonial formations and even military labourers. The stereotype of soldiers dutifully marching to their deaths was always a conservative mirage but only a handful of books have drawn attention to the hundreds of thousands of soldiers and military auxiliaries who rebelled, mutinied and challenged their commanders and political masters during the First World War. The ‘Unknown Army’, the pioneering study by Douglas Gill and Gloden Dallas produced in the late 1960’s chronicled the incidence of mutinies in Northern France and the UK; Andrew Rothstein’s brave claim that the mutineers were unconscious or perhaps semi-conscious Marxist Leninists, and David Englander’s promising exploration of khaki collective bargaining all challenge the dominant deferential stereotype.

Though there have been a few TV commemorations referencing indiscipline and dissent, the absence of substantive research has left the field open to sensationalism and fantasy, and for the most part public understanding has long been skewed by ‘The Monocled Mutineer’, book and TV drama. Notwithstanding twaddle about Percy Toplis, the declassification of soldiers’ service records admits identification of ringleaders who were punished for mutiny but the personalities who successfully organised, represented and negotiated deals with generals and politicians remain largely anonymous. The latter escaped being court-martialled, they were intelligent, literate, and politically savvy individuals and their names were certainly unknown to more than a handful of mutineers.

Drawing on forty years research, this talk will air and invite debate about the social interpretation, political significance and leadership of the mutinous outbreaks that convulsed the British Army during the First World War.

Julian Putkowski is a college lecturer, broadcaster and writer with an established interest in military discipline and dissent in the British Army. With Julian Sykes he co-authored Shot at Dawn (1989); he actively supported the ensuing campaign to secure exoneration for soldiers executed by the British Army and the Blair government’s response in both Murderous Tommies (2011), co-authored with Mark Dunning and Three Uneasy Pieces (2014). Julian’s research about rebels in khaki was reflected in British Army Mutineers 1914-1922 (1998) and his views about military ‘collective bargaining’ can be accessed online here. 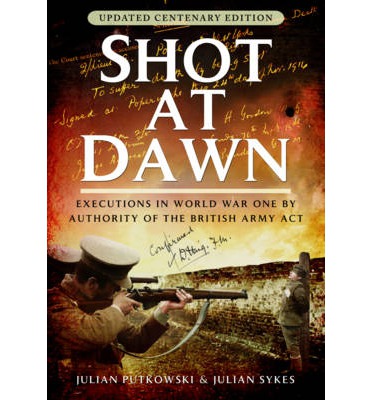 Chronicles of Conscience: Stories of the men who refused to fight in WW1

This paper will focus upon a few First World War objectors in order to tell a wider story not only about the differences between objectors and their stances but also about the legal-military machine which they opposed. In doing so, it will draw some comparisons with more recent times and weave in some local tales. 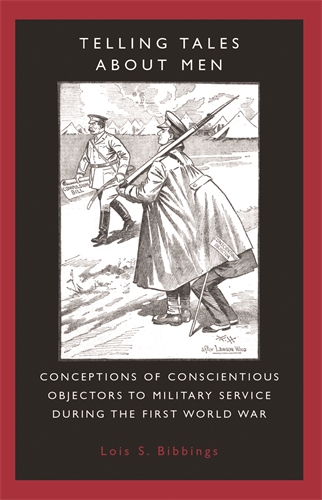 Since early 2014 People’s Histreh from Nottingham have been working on a research project regarding soldiers who served in the local regiment (then known as the Sherwood Foresters) and were either sentenced to death or sentenced on mutiny charges during World War One. We intend to tell the stories of these 103 people whose experiences will otherwise play little or no role in the ongoing commemorations of the so called ‘Great War’. In doing so, we have no interest in adding to the tales of brave heroines and heroes doing their bit, and buying into the myths of a nation and an Empire coming together in a great though terrible struggle. However, we also want to make sure not to tell equally glorified tales of brave revolutionaries ending the war, yet falling ever so slightly short of actually overthrowing the status quo. In this talk we will present an overview of the project and briefly outline some of our findings.

People’s Histreh (Nottingham and Notts Radical History Group) are a group brought together by a mutual interest in cake and what has been called ‘history from below‘, ‘grassroots history’ or ‘social history‘. As Nottingham and Nottinghamshire have such a long and turbulent history of socioeconomic transformation, disturbance and conflict, there is a lot to be unearthed. In fact, the most amazing, inspiring, shocking and outrageous stories leap out wherever the surface is scratched. Having worked on a variety of subjects since we first got together in 2009, we have organised numerous talks, meetings and guided walks, for instance our popular guided walks To the Castle!, retracing the 1831 Reform Riots. Our publication of the same title, along with our pamphlet Damn his charity… (on the remarkable events known as Nottingham’s ‘Great Cheese Riot’), was reprinted in our paperback book Nottingham Rising…. Our other publications include Chris Richardson’s exciting book A City of Light…, and over the last couple of years we published a number of pamphlets as part of our ongoing research project 103 Foresters.