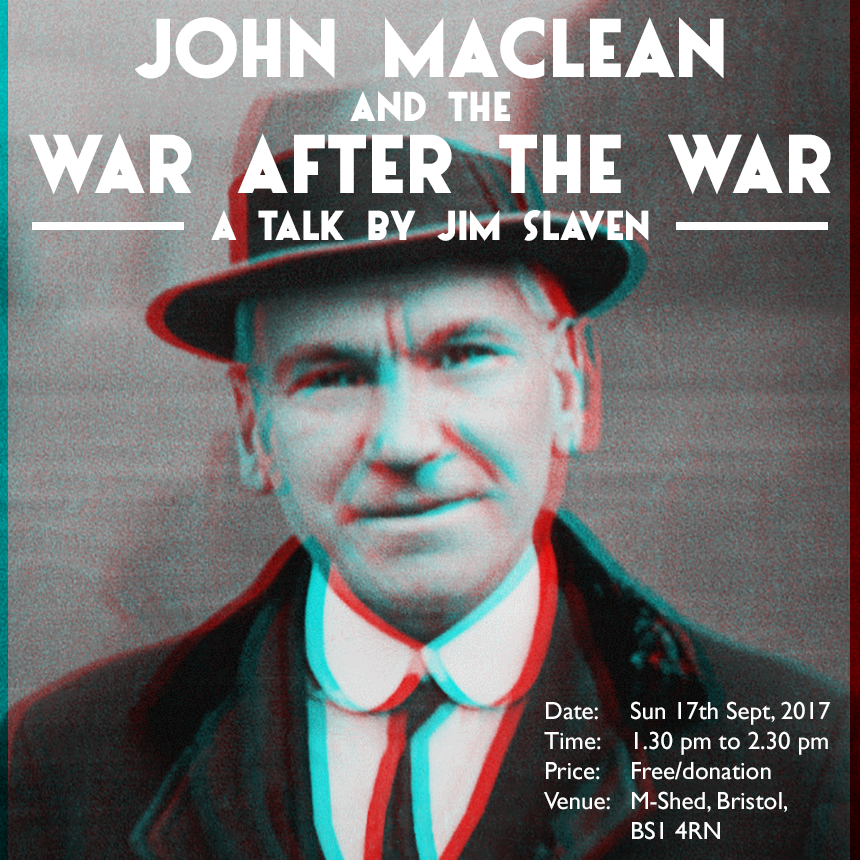 This talk places John Maclean’s pamphlet The War After The War in its broader international and political context. Exploring connections (and differences) between the various international socialists fighting against World War One. These include James Connolly, Eugene Debs and Lenin. In the context of Brexit, Scotland’s independence referendum and Trump, with political events increasingly viewed through the prism of nationalism at home and abroad we ask what now for Maclean’s working class politics?