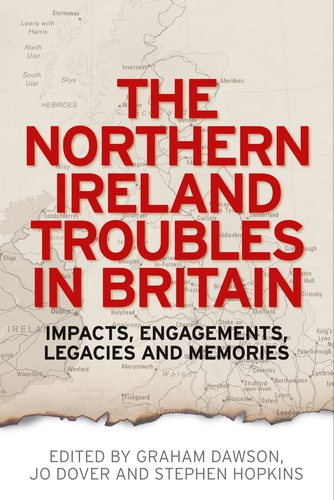 This ground-breaking book provides the first comprehensive investigation of the history and memory of the Northern Ireland Troubles in Britain. It examines the impacts of the conflict upon individual lives, political and social relationships, communities and culture in Britain, and explores how the people of Britain (including its Irish communities) have responded to, and engaged with the conflict, in the context of contested political narratives produced by the State and its opponents.

Two of the contributors to this collection, which arose from a conference in Brighton in 2014, will be speaking on their essays.

Di Parkin will discuss the women’s campaign against strip searching of republican prisoners in Armagh prison in the 1980s and Geoff Bell who recently authored Hesitant Comrades: The Irish Revolution and the British Labour Movement will discuss the nature of Ireland’s ‘British problem’.