This map from 1750 is of the 'Liberties' around Kingswood and the parish of Bitton. The dotted line running out through Warmly is the London Road (now the A420). The Cock Road, not marked, is just above where “Gee Moor” is written in “Mr Bond’s Liberty”. The houses are labelled with many of the family names that are associated with the Cock Road Gang. It contains many of the family names which are associated with the Cock Road Gang such as (with various spellings) Britton, Wilmot, Ilses, Bryant, […]
Read More »

Home to the notorious Kingswood Miners and infamous Cock Road Gang this is what Kingswood, North of Bristol, looked like in 1610. 'London Waye' is now the A420 and Bath Waye is the A431. A full version of The History of The Parish of Bitton in the County of Glousceter. by Rev. H. T. Ellacombe can be found on Archive.org.
Read More » 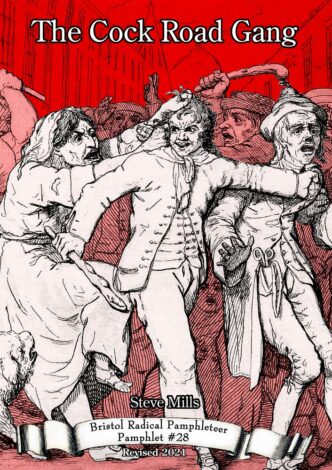 The Watchman: Coleridge, Beddoes and the radical 1790s in Bristol - Mike Jay During 1795-6, Bristol's popular protests against Pitt's 'Reign of Terror' were led by two remarkable figures, both recent arrivals in the city: the radical doctor Thomas Beddoes and the young lecturer and poet Samuel Taylor Coleridge. Together they campaigned against the government's crackdown on free speech and public assembly, and collaborated on The Watchman, a journal which risked prosecutions for sedition by […]
Read More » 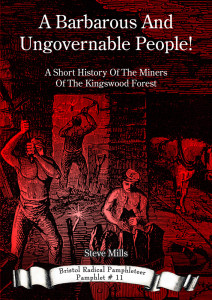 "A barbarous and ungovernable people" is a bit of a strong condemnation of a community. Especially considering that at the time the community in question was situated on the outskirts of a vibrant city in Britain. The people of Kingswood Forest supplied the south west of England and the industries of Bristol with coal, and it is fair to say that without the Kingswood Forest coal Bristol would not be the city it is today. However, the relationship between the two communities was strained to say […]
Read More »

A Barbarous And Ungovernable People
Bristol Radical Pamphleteer number 11 has now been published. A Barbarous And Ungovernable People by Steve Mills is a look at the often uneasy relationship between the miners of Kingswood Forest and the people and authorities of Bristol. Expect riots, turnpik abuse and the death of an innocent parrot. Find out about our full range of pamphlets on the Pamphlet Page.
Read More »
This website uses cookies for comments, shopping and to gather stats for our geeky pleasure. Read More Accept Reject
Privacy Policy