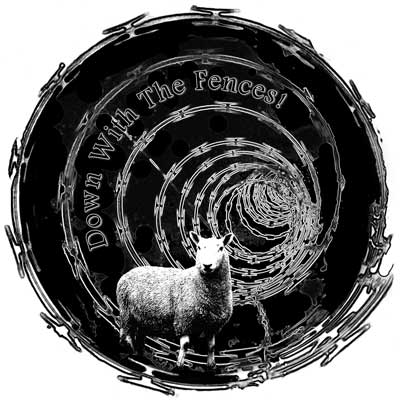 Constant revolutionizing of production, uninterrupted disturbance of all social conditions, everlasting uncertainty and agitation distinguish the bourgeois epoch from all earlier ones. All fixed, fast frozen relations, with their train of ancient and venerable prejudices and opinions, are swept away, all new-formed ones become antiquated before they can ossify. All that is solid melts into air, all that is holy is profaned …

Marx and Engels: The Communist Manifesto 1848

This country has lost playing fields at the rate of one a day since 1998. What sort of a world do we live in where my kids go to schools that don’t have grass playing fields? My old secondary school in Welwyn Garden City lost theirs to a private housing development. And where are kids supposed to exercise when the great outdoors is considered unsafe because of tabloids spinning fears about paedophiles, gangs and drug culture?

Bristol Radical History Group present two weeks of events dedicated to the Commons then and now. The word ‘commons’ is derived from Latin “communis” and means the quality of sharing by all or many. The Commons are places, spaces or environments that are owned by no one but shared by all. As the world faces a wave of new enclosures spawned by neo-liberal globalisation we will be delving into the history of the commons, the enclosures and the resistance to them.

From Magna Carta to the enclosure rioters of the Forest of Dean; from the stripping of the oil commons of the 20th century to the enclosure of the peoples’ game in the Premier League; from the rise of the corporations to the massive gentrification programme launched in our cities, we will be examining the process of enclosure, the forces that drive it and some of the historical and current confrontations that have occurred as a result.

We will be trying to answer some of these questions over the two weeks of events. How do the struggles of yesteryear against enclosure relate to the present day? Were significant victories won or is it a one-way process as Marx described? Should we be defending our free spaces from our playing fields to the internet? If we want to encourage resistance, then how should we do this?