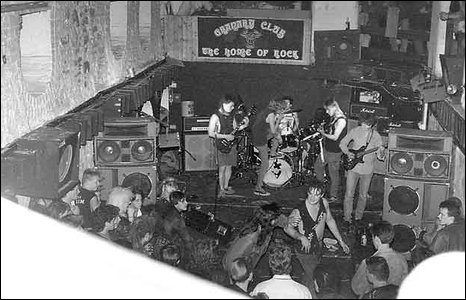 The Granary opened its doors as a jazz club in Bristol in 1968, establishing itself as a rock venue in 1969 when the collective Plastic Dog moved in. This session explores the Bristolian music scene, in a pioneering venue from the 60s to the 80s.

From the tail-end of 1968 and into the Eighties the Old Granary in Bristol’s historic city docks became home to rock music and outrageously liberal attitudes. It is still remembered fondly by its acolytes. Al Read and Ed Newsom were part of a foursome of local musicians who came together calling themselves Plastic Dog and began the club nights that made to place so memorable. Al is also the author of the book The Granary Club: the rock years 1968-1988 which details the many famous bands that played there and the stories of the ’glory days’.