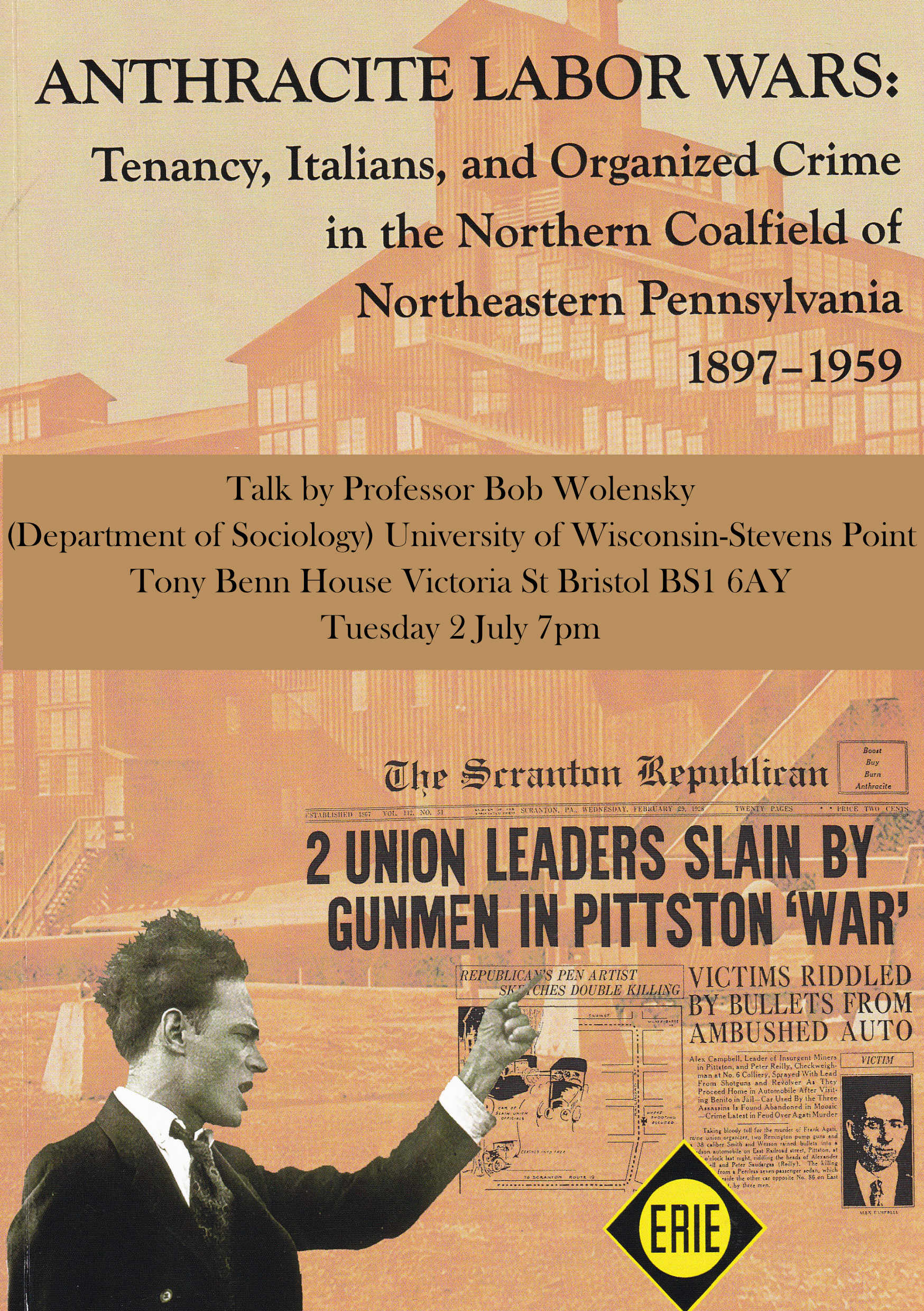 Based on his co-authored book, Anthracite Labor Wars, Prof. Bob Wolensky will speak about a 40-year “labour war” that resulted from the mining arrangements between the Pennsylvania Coal Company and a gang of organized criminals. Beginning in 1916, the company decided to subcontract and, later, to lease mineral rights to the mobsters in an effort to discipline the labour force, enhance productivity, and boost profits. Statistics indicated that the scheme worked quite well when it came to rational-economic consequences. However, it was a failure when it came to numerous “irrational” consequences such as constant strikes, high accident rates, and regular mining disasters. Organized labour did little to confront the situation, resulting in a large insurgent movement against the United Mineworkers of America.

It all ended with the catastrophic Knox Mine Disaster of January 1959 when the Susquehanna River broke into an illegally dug mine under the river near the city of Pittston, Pennsylvania. The Knox Coal Company was mob-owned and operated, and well known for pillaging coal, brutalizing workers, and engaging in other forms of illegal activities. Twelve men died in the calamity, and a series of government investigations resulted in prison for three owners. To make matters worse for labour, organized crime had succeeded in corrupting the local branch of the United Mine Workers of America; indeed, one of the principals in the Knox Coal Company served as the branch’s president.