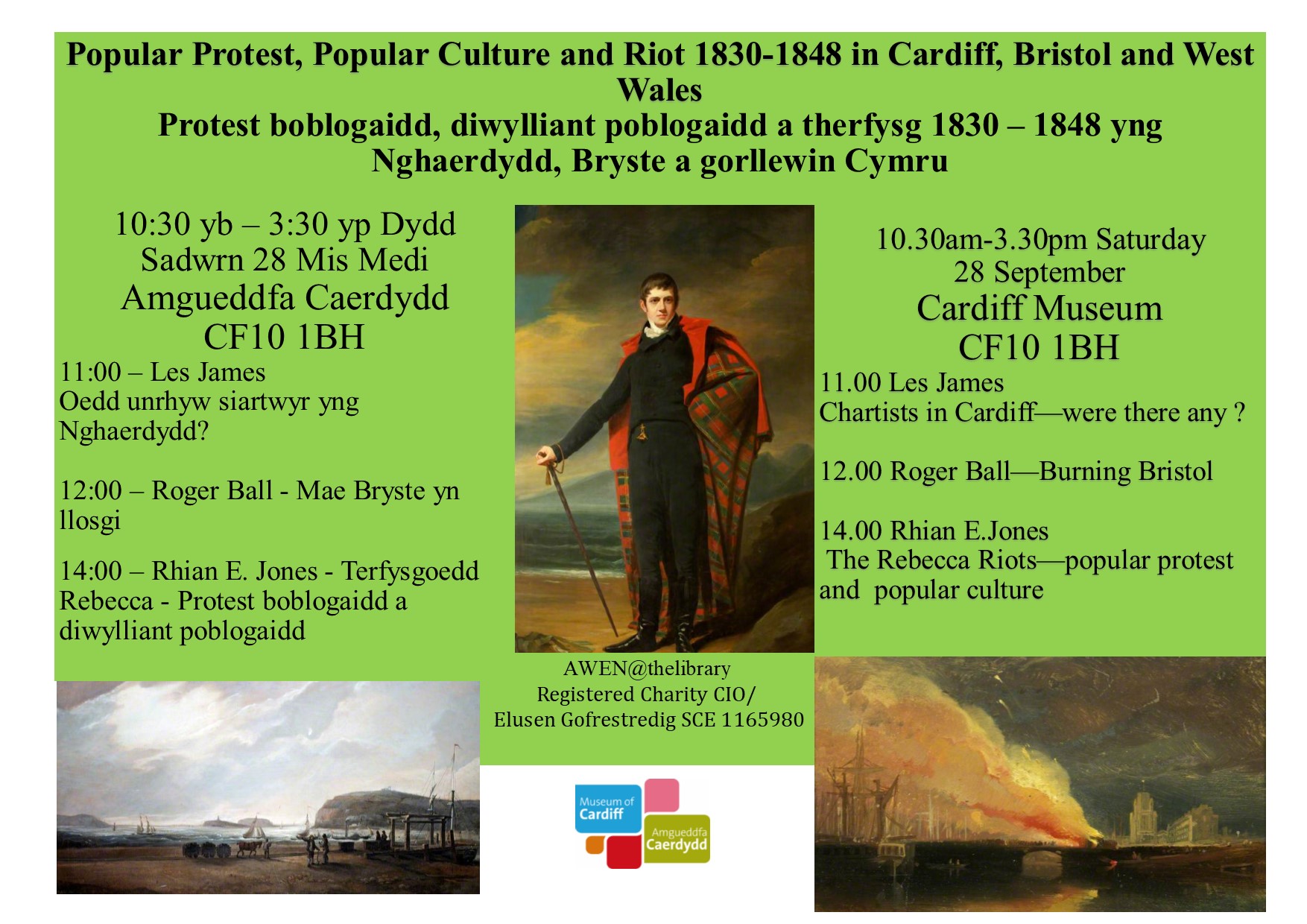 This talk is part of the above event at Cardiff Museum, The Old Library, The Hayes, Cardiff CF10 1BH

In 2006, The Guardian newspaper ran a series of articles in a search “for the most overlooked moment in British radical history”. The 1831 ‘Bristol riot’ featured in the top ten because of its historical obscurity, somewhat surprising considering the scale of the destruction and the human cost. The reason for this obscurity is related to the pathologized characterisation of the event as the random actions of a lower class, irrational and uncontrolled ‘mob’. However, the Bristol event has also proved difficult to situate within the context of the Reform Act protests that swept the country that autumn. This talk outlines what happened on the streets of Bristol in October 1831, how that has been represented and uncovers the contradictions which have taunted historians ever since. In addition, evidence of actions in solidarity with the Bristol rioters in South Wales and elsewhere provides a fascinating new angle to the rising.