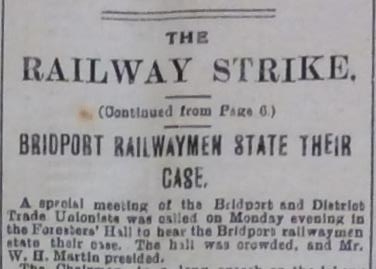 At the start of World War One Bridport was essentially a one industry town: rope and net making. The war brought opportunities to the town but also challenged paternalist employers with a revival of trade unionism and state pressure to improve low wages. With the Armistice, the sense of a collective national interest on the home front began to ebb away revealing long-standing as well as new tensions in the town. This talk explores the origins of these tensions in the war years and the range of ways in which they were expressed in the town in 1919, including soldiers’ protests and industrial strikes as well as a range of new political organisations in the town. Bridport was hardly a ‘red’ town and even with the new electorate of 1918 continued to return a Tory to Parliament as it still does. Yet the winding down of the WW1 home front revealed fracture lines which would mark the community as it struggled to build the Peace in unpredictable and challenging times.