The History Workshop movement was a grassroots coalition of radical-academic, feminist, amateur and labour historians, which was founded at Ruskin College in the late 1960s under the guidance of the Marxist historian Raphael Samuel. This talk will explore the origins, development and eventual decline of the movement, with particular interest paid to the social composition of the movement, the different forms of “doing history” it pioneered, and the connections it established with similar […]
Read More » 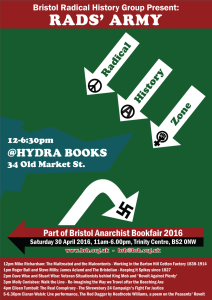 Dave and Stuart Wise were the unrepentant core of 1960’s revolutionary group King Mob, part of the English section of the Situationist International (an ephemeral affiliation; the notoriously fractious SI expelled them). This will be a rare opportunity to hear them in conversation with members of the Bristol Radical History Group (and whoever wants to chip in!). In a kind of open mic radical history session, we seek to revisit the (anti-)work of his majesty King Mob where it belongs; unmediated, […]
Read More » 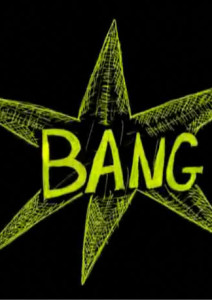 History From Below networking and new visions of how to research and communicate radical history Transcription and slides from a multimedia talk by Roger Ball and Peter Box at Manchester Metropolitan University, 11 May, 2015 This talk covers: The recent history of movements studying History From Below: History Workshop Movement (UK), Dig Where You Stand (Sweden) and ‘Geschichtswerkstätten’ (Germany) The growth, diversity of approaches and activities in the current international History From […]
Read More »

Published in 2012, All Knees and Elbows critically surveys tendencies which sought to uncover the agency of ‘ordinary’ people in challenging capitalism and developing different forms of social organisation. All Knees and Elbows engages the work of a number of British and international left historians and groups, including Silvia Federici, History Workshop, Eric Hobsbawm, C.L.R James, Peter Linebaugh, Sheila Rowbotham, Jacques Rancière and E.P. Thompson. Anthony Iles and Tom Roberts will […]
Read More »

Bristol Records Office Online Catalogue
Bristol Record Office holds almost two million documents which record the history of the city and the surrounding area from the 12th century to the present day. These include minutes, accounts, letters, diaries, maps, photographs and films created by many types of organisations and people.
Read More » 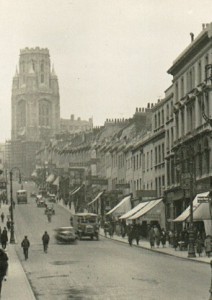 Bristol Records office have launched their new online catalogue. Bristol Record Office holds almost two million documents which record the history of the city and the surrounding area from the 12th century to the present day. These include minutes, accounts, letters, diaries, maps, photographs and films created by many types of organisations and people.
Read More »
This website uses cookies for comments, shopping and to gather stats for our geeky pleasure. Read More Accept Reject
Privacy Policy