To launch a month of events on the history of the struggle for democracy in Britain, Bristol Radical History Group and Bristol Indymedia bring together key writers, activists and controversial bloggers in a public debate about the impact the internet has had on the struggle for popular democracy.

The evening includes the screening of the film US NOW which tells the stories of the online networks whose radical self-organising structures threaten to change the fabric of government forever. From picking the team for your football club to Zopa, a bank in which everyone is the manager and Couch Surfing, a vast online network whose members share their homes with strangers; the principles of these projects -transparency, self-selection, open participation – are coming closer and closer to the mainstream of our social and political lives. 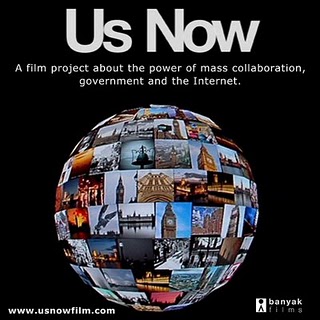 The panel discuss the pros and cons of internet activism from football clubs owned by their fans to struggles to control the nature of our communities to freedom of information and political organising through social networks. Has the internet opened up opportunities for new forms of political struggle and democracy or as some argue, forced us into impotent and atomised behaviour in front of screens, divorced from the real world?