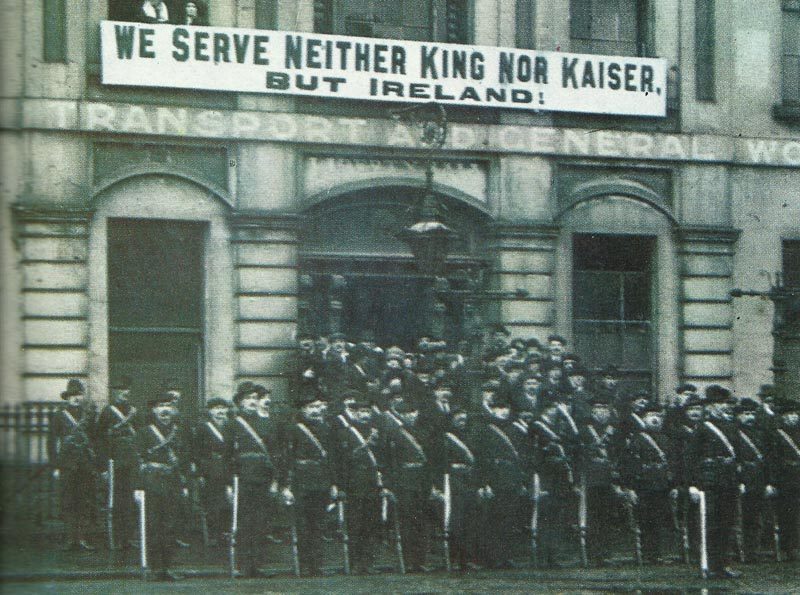 ‘England’s difficulty is Ireland’s opportunity‘: How Irish Nationalism responded to the Great War

This talk will outline the difficulties of the ‘Irish question’, the movement towards Home Rule and the rise of armed bodies in 1913/1914. How did these conflicting groups react to the outbreak of war – and why did some Nationalist support the war effort while others opposed it?

The Irish rebellion of 1916 saw revolutionary nationalists, radical Trade Unionists and socialists join forces to declare an Irish Republic. Considered by some as the ultimate treason, others celebrated it as the first steps on the path to Irish Independence. In 1917 a nationwide campaign against conscription prevented its introduction.

Whose King, Whose Shilling? Irish Great War soldiers who returned to fight for freedom

The anomaly of Irishmen fighting for the British during the Great War continues to fascinate and perturb. What were the motivations of these men who owed nothing to the British crown? Were they “the misguided dupes of a perfidious Albion”? Or like Tom Barry did they go to war “for no other reason than… to see what war was like, to get a gun, to see new countries and to feel a grown man.” And ultimately, what became of those who fought in British uniforms who then saw that their destiny actually lay with fighting for Irish freedom back at home with the IRA?

Between 1919 and 1921 there was a rash of workplace occupations and the setting up of workers’ councils or soviets throughout Ireland. From Limerick to Knocklong to Bruree, workers occupied creameries, gas works, coach-building plants, clothing factories, sawmills and other workplaces. We take a look at the development of these soviets and the forces arraigned against the workers, which included the occupying British Army, union bureaucrats, the Church , the press, and Sinn Fein and the IRA.