The banking crisis of 2008 and the following deep recession experienced by the world economy have led to mass unemployment and poverty in the U.K. Massive public sector cuts along with huge financial bonuses for the wealthy have exacerbated the systemic divisions between ‘rich and poor’ which lie at the heart of the neo-liberal economy. For many commentators the spectre of economic depression has raised its ugly head once again. It thus seems apt to look back at Bristol in the period of the last ‘great depression’ in the 1930s to see what was occurring. There are numerous parallels with today in this text, from cuts in poor relief and public services, a collaborationist and emasculated Labour opposition, to the brutal policing of demonstrations and a corrupt and reactionary media. In all this misery, however, the commitment and actions of unemployed Bristolians shine out giving us both hope as well as lessons learned.

This pamphlet is divided into four sections. The first and second look respectively at the state of political economy from a national and Bristolian perspective in the 1930s. The third section considers what happened on the streets of Bristol principally in 1932. We look in detail at the demonstrations, the reaction of the police and protestors and the organisation of the principal players including crucially the National Unemployed Workers Movement (NUWM), the main organisation opposing unemployment and the ‘cuts’. The last section consists of an analysis of the reaction of the state to the protests of the unemployed, the changing police tactics they employed to ‘deal with them’ and the gains made by the NUWM. The text is heavily footnoted, primarily to aid those who would like to research the events further but also to scotch attempts by establishment historians to denigrate ‘our history’ as supposedly ‘unprofessional’. As they are mostly references to sources they can be ignored by the reader who demands a ‘racier’ narrative. 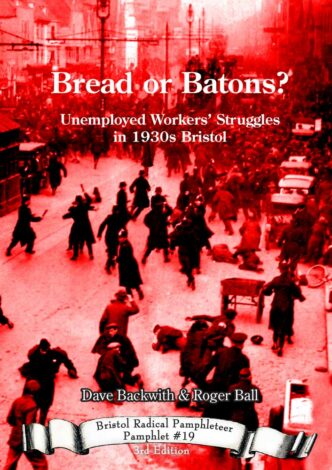 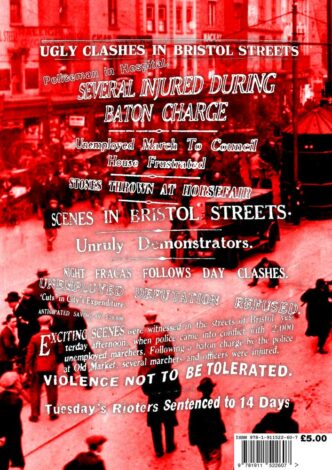