In 1917, socialist, feminist and anti-war activist, Alice Wheeldon, her daughter Winnie and husband Alf Mason were given long prison sentences for supposedly plotting to kill the Prime Minister Lloyd George and Arthur Henderson, the leader of the Labour Party. The evidence was flimsy, their accuser an MI5 agent provocateur so dubious the prosecution kept him away from the trial. It was a time when Britons were increasingly vocal in their opposition to the continuing and pointless carnage of the First World War and there was growing resistance to conscription. The British state inspired the plot against the Wheeldon family in order to discredit the anti-war movement and to keep the populace focused on sending their sons and husbands to the trenches.

Chloe Mason, the great granddaughter of Alice Wheeldon, is leading a campaign to have the case recognised as a miscarriage of justice and to clear the names of Alice and other family members. Sheila Rowbotham, renowned historian and feminist, has recently authored a new edition of her classic The Friends of Alice Wheeldon which presents her continuing research into the case. Sheila and Chloe will discuss the new evidence they have uncovered, the issues it raises and its bearing on the ongoing campaign.

Sheila Rowbotham’s books have been translated into many languages and her early works are currently being reissued as classic texts of feminism.  She is an Honorary Fellow in Social Science at Manchester University. Her recent work includes Edward Carpenter: A Life of Liberty and Love (Verso, 2008) winner of the Lambda Literary Award for Gay Memoir/ Biography 2008 in the US and shortlisted for the James Tait Black Memorial Prize in the UK and Dreamers of a New Day: Women who Invented the Twentieth Century (Verso, 2010). She contributed ‘Alice Wheeldon Revisited’ to Mary Davis (ed.), Class and Gender in British Labour History (Merlin, 2011). 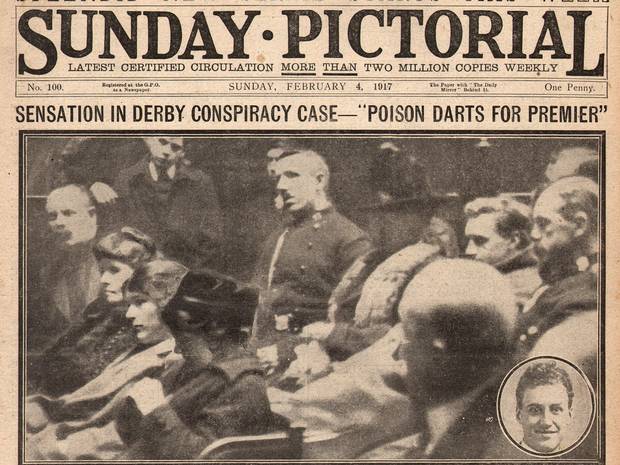 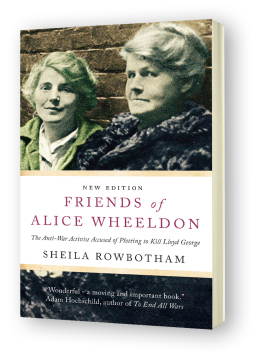