Attempting to fulfil a religious obligation, the Count of a sugar mill in Cuba at the end of the eighteenth century decides to recreate the Last Supper, playing Jesus Christ himself and randomly selecting twelve slaves as his disciples. Tensions break out between Don Manuel, a cruel, hardened overseer who believes that slaves have nothing to do with God and that letting slaves eat at the master’s table is a ridiculous and dangerous practice, and the priest of the mill who believes Christians have a duty to educate and convert the slaves. The master and slaves get drunk, and the master makes several promises during the dinner that he either forgets or refuses to keep, with brutal consequences. Cuban director Tomás Gutiérrez Alea’s Cold War era film is a chilling examination of the roots of Western slavery. 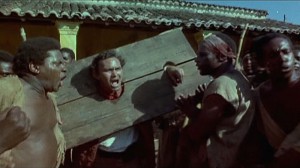 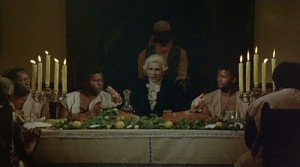