March 2007 was the 200th anniversary of the parliamentary abolition of the slave trade in the British Empire. The ‘celebration’ of the abolition was controversial for several reasons. As a school children we were taught that William Wilberforce was the ‘conscience of the nation’ reforming the worst excesses of the Empire for the benefit of all. We were taught nothing of the politics, economics or military aspects of the trade in human flesh that filled both the coffers of the British ruling class and stimulated industrial capitalism. As for the slaves themselves they hardly entered the debate and if they did it was only as cowed, brutalised victims in shackles on crowded ships. There are reasons why this history was taught to us like this, why we know who Wilberforce is, why we don’t know who Thomas Clarkson, Olaudah Equiano and Samuel Sharpe are and why our city still celebrates the slave traders with statues and by and large refuses to acknowledge either the slaves or the abolitionists.

In May 2006 year a debate was held in Bristol between a group of intellectuals and academics concerning the question ‘should Bristol apologise for slavery’. The next evening HTV news reported the event and the result of a poll of the audience showing 90% in favour of an apology by ‘Bristol’. HTV gleefully replied with their own street poll of ‘ordinary Bristolians’ that showed 90% were against an apology. Many respondents said quite rightly ‘why should I apologise, what have I got to do with it now?’.

The only physical thing that lives on from the millions of hours of forced labour of the slaves is the land and property purchased by the organisers and instigators of the plantation/slave system. The descendents of these slave-trading families are still benefiting from this. At the time Bristolians were not equal in either their complicity or the benefits they received from the trade. Many were themselves trapped in forced labour whether as impressed sailors, transported criminals, indentured servants or simply economically in the bondage of wage labour. In any case only 5% of the male adult population had the vote. So clearly not everybody was equally responsible. So who should be apologising for what? Of course, if the question had been ‘Should the Society of Merchant Venturers apologise for slavery?’ there would probably be a quite different response. It’s about time we challenged the idea that all Bristolians were equal in their complicity. 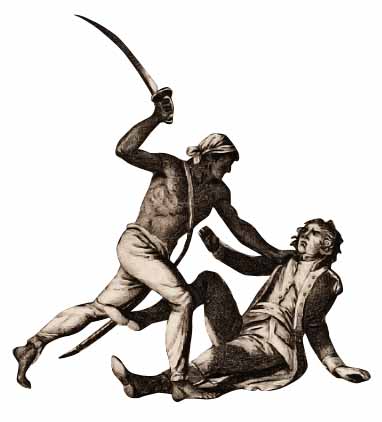 Bristol Radical History group planned a programme of events to both mark and critique the occasion.

We also hosted some films, history walks and a gig or two as well.