The Fair Fight is a pulsating historical novel set within the world of female pugilists and their patrons in late eighteenth-century Bristol. It is an unputdownable story which takes you from a filthy brothel to the finest houses in the town, from the world of street fighters to the world of champions. Alive with the smells and sounds of the streets, The Fair Fight is a major debut. Anna Freeman a lecturer in Creative Writing at Bath Spa University as well as a multiple slam-winning performance poet who has appeared at festivals and venues across Britain including Latitude and Glastonbury. She lives in Bristol. The Fair Fight was winner of the Tibor Jones Pageturner Prize 2013. 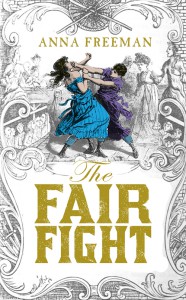