“To inflame the imagination of others” – that is the way shop steward convenor Mike Cooley saw the Lucas Aerospace Alternative Plan. The Plan had arisen out of the threat of massive redundancies at Lucas Aerospace in 1976 where half of its output depended on military contracts. Why, asked its workers, can’t we use our skills in creating socially useful products instead of making killing machines? And wouldn’t it make more sense spending money on things that society needed rather than on redundancy money and the dole?

Bristol Radical History Group and Bristol North West Labour party present a new film on the bid by Lucas Aerospace workers to move from arms manufacture to making socially useful products. It will be introduced by Hilary Wainwright, co-editor of Red Pepper.

This event is free but please book via Eventbrite. 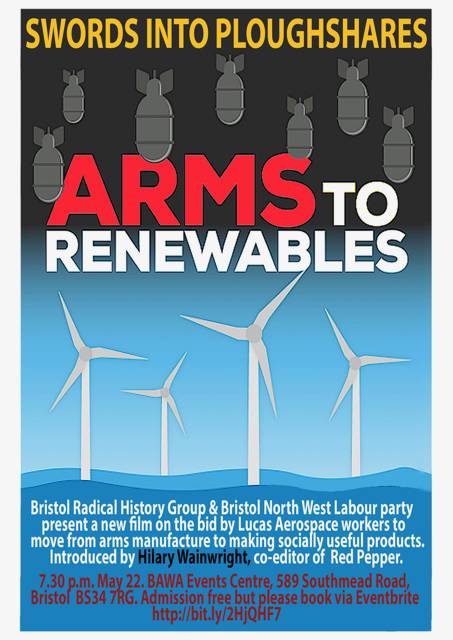