Easton Cowboy and refugee from Dorset, Kevin claims to have left his life of wrecking and smuggling behind in his hometown of Poole. But who knows?

‘Official’ history tells us that the smugglers of the 18th and 19th century were shadowy, brutal thugs, a threat to the economy, law and order and moral fabric of a whole nation. Yet popular culture then as now celebrates these same figures as brave, cunning and noble folk heroes. Using the case study of Poole (‘The Devil’s Pool’) and its environs, we will consider this contradiction of ideas, and perhaps find out which side we are on. But be not afear’d – tales of outrageous cunning and derring-do will lead us along the treacherous coastal path to enlightenment.

Exploiting foul weather, employing bogus lights and signals, luring merchant ships onto the treacherous coastline, pillaging the subsequent ‘wrecks’, the wreckers were murderous and cynical. Particularly associated with Cornwall these folk demons have been vividly represented in the popular imagination and in our formal culture. Where, when and how did the wreckers operate? How were the theyorganized? How ‘successful’ were they?

Listent to this tak:

The talks will be followed by a showing of the Ealing comedy Whisky Galore!

During the second world war the residents of the hebredian island of Todday become dismayed when their whisky ration runs out. As if heaven sent, a ship carrying 50 000 cases of whisky runs aground off the island. The islanders rush to salvage the precious cargo, the officious captain of the Home Guard and Excisemen try to stop them. 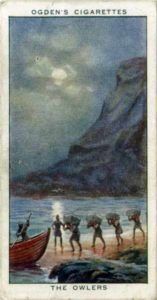 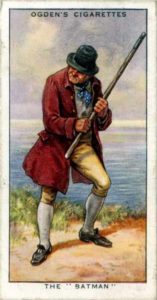 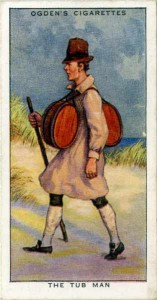