Large-scale confrontations, disruption of meetings, sabotage and street fighting have been part of the practice of anti-fascism from the early twentieth century until the twenty-first. Rarely endorsed by any political party, the use of collective bodily strength remains a strategy of activists working in alliances and coalitions against fascism. In Physical Resistance famous battles against fascists, from the Olympia arena, Earls Court in 1934 and Cable Street in 1936 to Southall in 1978 and Bradford 2010, are told through the voices of participants. Anarchists, communists and socialists who belonged to a shifting series of anti-fascist organizations relate well-known events alongside many forgotten but significant episodes.

Studies of anti-fascism in Britain have tended to be either academic texts or partisan political histories. Physical Resistance is niether; it is an inclusive history, broader in scope than any other work so far. It covers the whole period of anti-fascist activism but importantly, it redefines political practice according to the act of participation rather than the adherence to precisely defined ideological standpoints and offers an alternative interpretation of political action, which includes physical resistance as part of an everyday pattern of opposition. This wider and longer historical perspective is pieced together through the everyday experiences of activists themselves.

The importance of any book about anti-fascism depends upon how it is used. As well as the history of anti-fascism, our discussion will address the re-emergence of an anti-fascist movement over the last year.

For more on the book details see: http://www.zero-books.net/books/physical-resistance 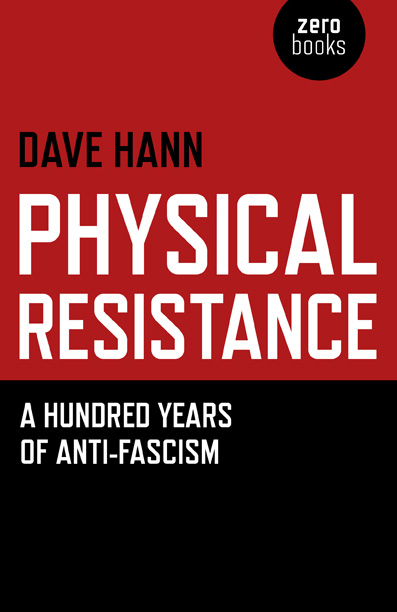